A Longman-History Today Book Prize Finalist Winner of the Thomas J. Wilson Memorial Prize A Times Literary Supplement Book of the Year Deeply thoughtful A delight. -The Economist [A] tour de force Bevilacqua's extraordinary book provides the first true glimpse into this story He, like the tradition he describes, is a rarity. -New Republic In the seventeenth and eighteenth centuries, a pioneering community of Western scholars laid the groundwork for the modern understanding of Islamic civilization. They produced the first accurate translation of the Qur'an, mapped Islamic arts and sciences, and wrote Muslim history using Arabic sources. The Republic of Arabic Letters is the first account of this riveting lost period of cultural exchange, revealing the profound influence of Catholic and Protestant intellectuals on the Enlightenment understanding of Islam.

A closely researched and engrossing study of those scholars who, having learned Arabic, used their mastery of that difficult language to interpret the Quran, study the career of Muhammad and introduce Europeans to the masterpieces of Arabic literature. -Robert Irwin, Wall Street Journal Fascinating, eloquent, and learned, The Republic of Arabic Letters reveals a world later lost, in which European scholars studied Islam with a sense of affinity and respect A powerful reminder of the ability of scholarship to transcend cultural divides, and the capacity of human minds to accept differences without denouncing them. -Maya Jasanoff What makes his study so groundbreaking, and such a joy to read, is the connection he makes between intellectual history and the material history of books. -Financial Times
By:   Alexander Bevilacqua
Imprint:   Harvard Uni.Press Academi
Country of Publication:   United States
Dimensions:   Height: 210mm,  Width: 140mm,
ISBN:   9780674244870
ISBN 10:   0674244877
Pages:   360
Publication Date:   03 March 2020
Audience:   Professional and scholarly ,  Undergraduate
Format:   Paperback
Publisher's Status:   Active

Alexander Bevilacqua is Assistant Professor of History at Williams College.

Reviews for The Republic of Arabic Letters: Islam and the European Enlightenment

Deeply thoughtful...A delight. * The Economist * A closely researched and engrossing study of a subset of the Republic of Letters-those scholars who, having learned Arabic, used their mastery of that difficult language to interpret the Quran, study the career of Muhammad, write the history of medieval Islam and introduce Europeans to the masterpieces of Arabic literature...[Bevilacqua] has joined the ranks of a latter-day Republic of Arabic Letters that, in its scholarship and scholarly cooperation, is in no way inferior to its early-modern precursor. -- Robert Irwin * Wall Street Journal * What makes his study so groundbreaking, and such a joy to read, is the connection he makes between intellectual history and the material history of books. The re-evaluation of Islam that took place in the 17th century was closely connected to the acquisition of a much wider range of empirical sources than had been available before: it was the stockpiling of Oriental collections in the great libraries of Europe that enabled this work to take place. -- Gavin Jacobson * Financial Times * [A] tour de force study of the origins of modern Islamic scholarship in the West and its central role in the Enlightenment...Bevilacqua's extraordinary book provides the first true glimpse into this story...It has taken until now for a book to tell the history of the origins of the Western study of Islam, as Bevilacqua's does. Few have his linguistic and cultural expertise. He, like the tradition he describes, is a rarity. -- Jacob Soll * New Republic * Erudite and eloquent...What [Bevilacqua's] meticulous scholarship reveals is that between the mid-17th and mid-18th centuries, the engagement with Islam really did transform Europeans' understanding not only of Islam but also of their own Christian faith. -- Dmitri Levitin * London Review of Books * Anyone interested in the Enlightenment, or Islam, or both, should read Alexander Bevilacqua's The Republic of Arabic Letters. -- Ritchie Robertson * Times Literary Supplement * Bevilacqua offers many surprising discoveries. One of them is that robust modern scholarship on Islam was shaped in an ostensibly improbable source, namely the Vatican...It is indicative of the West's tortuous engagement with Islam that the foundation of European scholarship on Islam had to wait until now to be uncovered; it is all the more creditable that Bevilacqua has cleared the ground to build on it. -- Benedikt Koehler * Standpoint * A succinct and erudite overview of 17th- and 18th-century European scholars and writers who focused on Islamic studies. * Publishers Weekly * A closely researched and elegantly written book...The Republic of Arabic Letters brings back to life a fascinating moment in intellectual history. -- Francis Ghiles * Arab Weekly * An extraordinary achievement, displaying wide-ranging and often profound scholarship...A book of great originality, based on an astonishingly wide array of sources, some previously uninvestigated, and all carefully interpreted...Will be essential reading, not only for those concerned with 'Islam and the European Enlightenment,' but for anyone interested in the intellectual history of the eighteenth century, or in the achievements of Arabists in the seventeenth. -- G. J. Toomer * Erudition and the Republic of Letters * The great names of the second phase [of reinterpretation of Islam] are known, among them secular men of letters like Montesquieu and Voltaire. The scholars of the first phase, however, are forgotten. The fascinating study of the American historian Alexander Bevilacqua studies these figures. Many of them were, unlike the Enlighteners after them, pious Christians or even clerics. They engaged on the basis of their faith with Islam, out of curiosity and as scholars. Thus Bevilacqua draws the portrait of a 'Republic of Letters' dedicated to the Islamic-Arabic world that was not known until now. -- Rainer Hermann * Frankfurter Allgemeine Zeitung * Fabulous...Bevilacqua narrates in lucid prose how the seventeenth and eighteenth centuries witnessed a transformation in European knowledge of Islam and its peoples. -- Richard Calis * Marginalia * [A] fascinating book. -- Fitzroy Morrissey * History Today * Bevilacqua explores a new humanism in early modern Europe that sought a more accurate representation of Muslims...The resulting wave of scholarship has impacted Europe's relations with Muslims ever since. -- I. Blumi * Choice * In this passionate, lucid, and enjoyable book, Bevilacqua successfully pursues the connection between intellectual history and material history of books, showing how new texts and new information changed the traditional understanding of Islam. And in so doing he considers, rightly, the birth of the republic of Arabic letters to have been an episode in the history of the global Enlightenment or, at least, 'a significant chapter in the long and painstaking global advance of philological learning and interreligious knowledge.' -- Franco Giudice * Il Sole 24 Ore * Fascinating, eloquent, and learned, The Republic of Arabic Letters reveals a world later lost, in which European scholars studied Islam with a sense of affinity and respect. With deep research and insight, Alexander Bevilacqua delivers a powerful reminder of the ability of scholarship to transcend cultural divides, and the capacity of human minds to accept differences without denouncing them. -- Maya Jasanoff, author of <i>The Dawn Watch: Joseph Conrad in a Global World</i> Among the many things produced by the Enlightenment we must now include a vast expansion of European scholarly engagement with Arabic and Islam. That engagement shaped much of how future Christians and Muslims would think about each other and themselves. Alexander Bevilacqua's learned and luminous The Republic of Arabic Letters is both a recovery of a fascinating moment in intellectual history, and an exploration of the conditions of thought in our own time. -- David Nirenberg, author of <i>Neighboring Faiths: Christianity, Islam, and Judaism in the Middle Ages and Today</i> A lucid, erudite, and in many respects engaging study of a dimension of the European Enlightenment and its precursor traditions that has not previously been examined. -- William Graham * European Legacy * 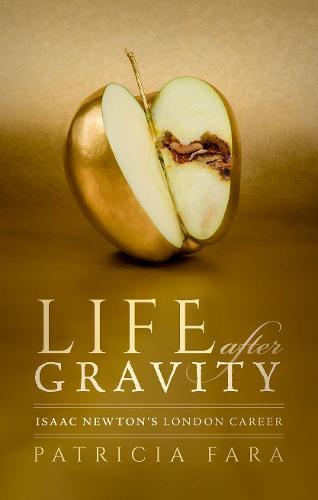 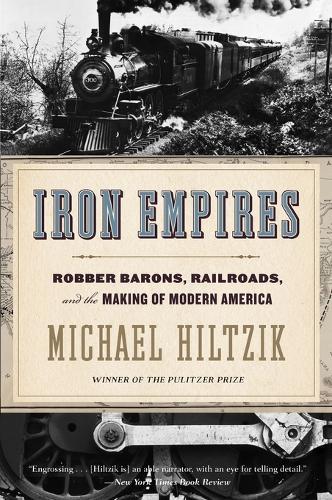 Robber Barons, Railroads, and the... 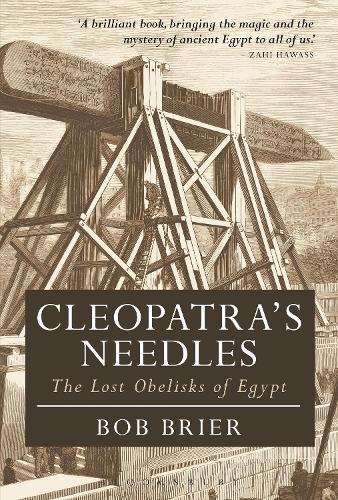 The Lost Obelisks of Egypt 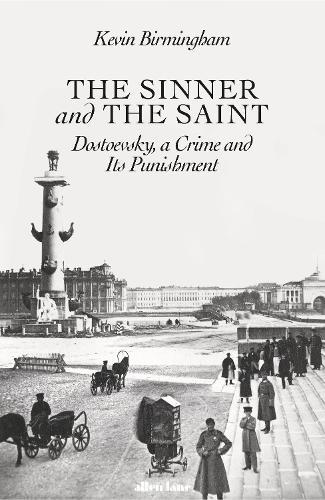 The Sinner and the Saint

Dostoevsky, a Crime and Its Punishment... 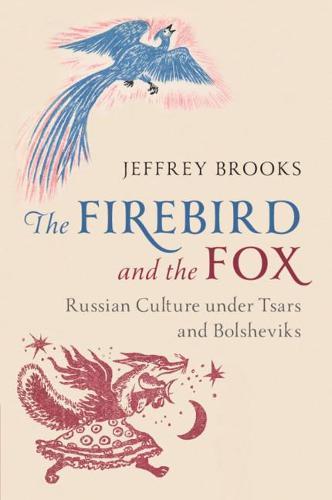 The Firebird and the Fox

Russian Culture under Tsars and... 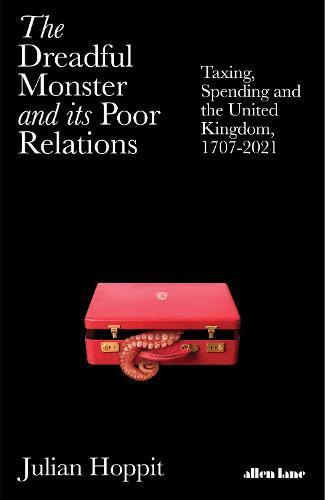 The Dreadful Monster and its Poor...

Taxing, Spending and the United...