From the bestselling author of SPQR: A History of Ancient Rome, the fascinating story of how images of Roman autocrats have influenced art, culture, and the representation of power for more than 2,000 years

What does the face of power look like? Who gets commemorated in art and why? And how do we react to statues of politicians we deplore? In this book-against a background of today's sculpture wars – Mary Beard tells the story of how for more than two millennia portraits of the rich, powerful, and famous in the western world have been shaped by the image of Roman emperors, especially the Twelve Caesars, from the ruthless Julius Caesar to the fly-torturing Domitian. Twelve Caesars asks why these murderous autocrats have loomed so large in art from antiquity and the Renaissance to today, when hapless leaders are still caricatured as Neros fiddling while Rome burns.

Beginning with the importance of imperial portraits in Roman politics, this richly illustrated book offers a tour through 2,000 years of art and cultural history, presenting a fresh look at works by artists from Memling and Mantegna to the nineteenth-century American sculptor Edmonia Lewis, as well as by generations of weavers, cabinetmakers, silversmiths, printers, and ceramicists. Rather than a story of a simple repetition of stable, blandly conservative images of imperial men and women, Twelve Caesars is an unexpected tale of changing identities, clueless or deliberate misidentifications, fakes, and often ambivalent representations of authority.

From Beard's reconstruction of Titian's extraordinary lost Room of the Emperors to her reinterpretation of Henry VIII's famous Caesarian tapestries, Twelve Caesars includes fascinating detective work and offers a gripping story of some of the most challenging and disturbing portraits of power ever created.

Published in association with the Center for Advanced Study in the Visual Arts, National Gallery of Art, Washington, DC 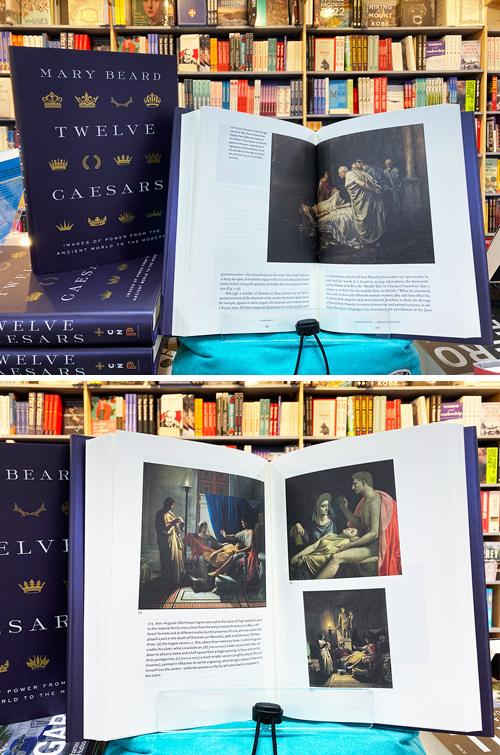 Mary Beard is one of the world's leading classicists and cultural commentators. A specialist in Roman history and art, she is professor of classics at the University of Cambridge and the author of bestselling and award-winning books, including SPQR: A History of Ancient Rome and Women and Power: A Manifesto. She has also written and presented many television programs, from Civilisations and Meet the Romans to The Shock of the Nude. She lives in Cambridge, England. Twitter @wmarybeard

Reviews for Twelve Caesars: Images of Power from the Ancient World to the Modern

A Library Journal Fall 2021 Nonfiction Must What better escape from the woes of our present day than rolling around in the intrigues of the Roman Empire? Naughty Caesars! Pictures too! Avidly I plunge in! * Margaret Atwood * Twelve Caesars is fascinating and not only because its author writes so engagingly. Many years in the making, the world into which it will be born is not quite the same as the one in which it was conceived. Its preoccupations - essentially, it's about the way that images of Roman emperors from Caesar to Domitian have influenced culture across the centuries - are suddenly and newly of the moment in a Britain that has become completely fixated with statues. ---Rachel Cooke, The Observer Mary Beard provides a masterclass for art historians and classicists on the challenges of interpretation and the potentialities of meaning in this neglected area of classical studies, so important to elite visual power politics between the 15th and 19th centuries. ---Simon J. V. Malloch, Literary Review [Mary] Beard, a prolific author and a distinguished classical scholar, brilliantly describes the ways in which images of Roman emperors have influenced art, culture and politics for two millennia. . . . Twelve Caesars is a masterly demonstration of scholarship in a variety of fields, from republican Roman politics to Renaissance tapestry to contemporary British collage. Again and again, Ms. Beard gives us unexpected insights. . . . Twelve Caesars is wonderfully readable, with graceful prose and witty comments along the way. ---Barry Strauss, Wall Street Journal We talk about Beard's book, out later this year, on images of the Roman emperors from the ancient world to now. It will have that distinctive focus of hers: not just who the emperors were and what they did, but how we think about them. In her work, the consumption of classical culture is as revealing as the culture itself. ---Josh Spero, Financial Times A fantastic new book. ---Tom Holland, The Rest is History There's lots of moments in this book that are surprising and very funny. ---Andrew Roberts, BBC Radio Four: Start The Week A leading scholar as well as a writer of bestsellers, [Mary] Beard, as always, asks important questions. . . . [In Twelve Caesars,] she leads us through the best available evidence and delivers insightful answers in lucid prose accompanied by dazzling images. . . . A lively treatise on Roman art and power, deliciously opinionated and beautifully illustrated. * Kirkus Reviews, starred review * Incisive prose and wit. . . . This lavishly illustrated volume will be accessible and interesting to a wide variety of readers; a must-read for anyone interested in classics or art history. * Library Journal * Beard has written a fascinating book, one to browse happily. It sparkles with ideas, many of them characteristically provocative. Pictorially it is a sheer delight. As for the question of attribution or misattribution, well, you can read this delightful book in the spirit of a detective. ---Allan Massie, The Scotsman With her reputation for viewing Roman history through a feminist lens, Mary Beard may be the most popular classicist in the world. . . . Focusing on images of power throughout the ages, from ancient Rome to the present, [Twelve Caesars] will only grow her fan base. * ARTnews Magazine * A sumptuously illustrated, beautifully designed, gloriously rich work of history from the distinguished classicist with a lively literary voice, an extraordinary eye for telling detail, and a grand sense of humor. Twelve Caesars is a masterful, brilliant work of detection, a joy to read. * B&N Reads * [A] fascinating book, which embarks on a study of not just the Julio-Claudian dynasty of caesars made infamous by Suetonius and Robert Graves but also of their ubiquitous iconography - in statues, on coins, in paintings and sculpture. It's an eye-catching field guide to these famous ancient rulers. * Christian Science Monitor * In Twelve Caesars, the professor of classics at Cambridge University explores in fascinating and entertaining detail how the long-dead Roman emperors have lived on in the Western imagination, providing a rich store of moral and political exemplars to instruct, warn and mock their successors. . . . Beard provides instruction as well as entertainment. . . . A beautifully produced hardback. ---Stephen Mills, Inside Story Few people have recently had as much face time with the ghosts of the Roman emperors as Mary Beard, a well-known professor of Classics at the University of Cambridge. Her latest book - Twelve Caesars: images of power from the ancient world to the modern - examines every skin fold, hair lock, and ear shape of the existing sculptures and busts of these Roman autocrats. The result is a detective masterpiece of entertaining misattributions, reinterpretations, and blatant fakes. ---Eugenia Ellanskaya, Minerva Magazine 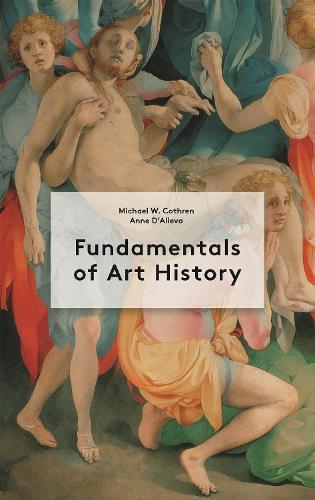 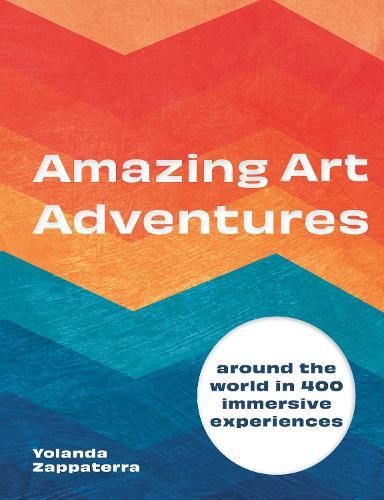 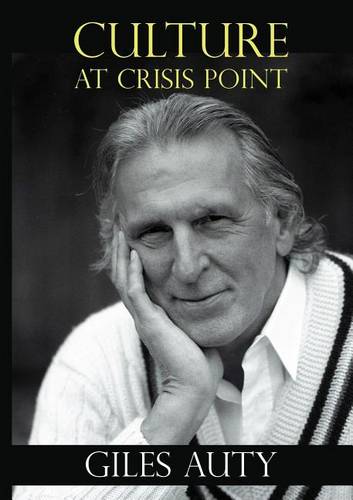 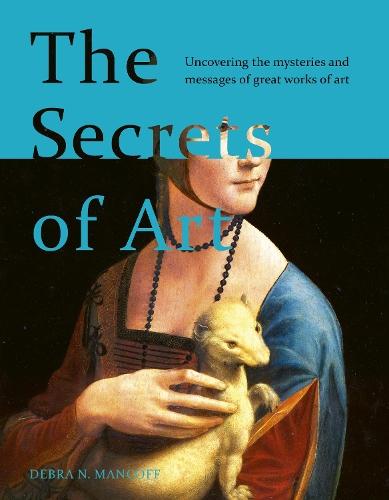 The Secrets of Art

Uncovering the mysteries and messages... 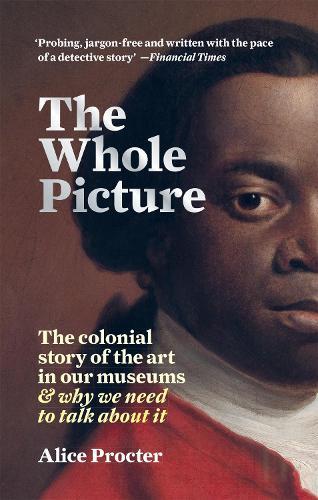 The colonial story of the art in... 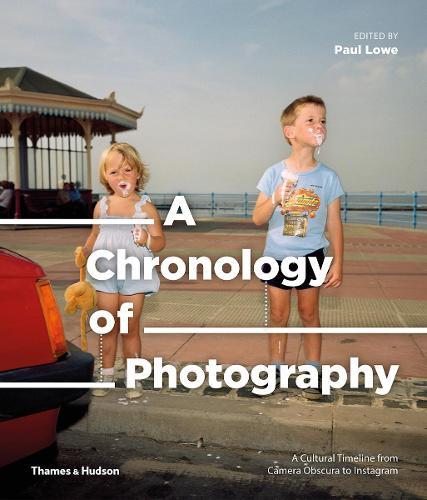 A Chronology of Photography

A Cultural Timeline from Camera...