An epic story of resistance, suffering and survival. Tongerlongeter resurrects a once-in-a-generation leader all Australians can admire.

Australia has no war hero more impressive than Tongerlongeter. Leader of the Oyster Bay nation of south-east Tasmania in the 1820s and '30s, he and his allies led the most effective frontier resistance ever mounted on Australian soil. They killed or wounded some 354 - or 4 per cent - of the invaders of their country. Tongerlongeter's brilliant campaign inspired terror throughout the colony, forcing Governor George Arthur to launch a massive military operation in 1830 - the infamous Black Line.

Tongerlongeter escaped but the cumulative losses had taken their toll. On New Year's Eve 1831, having lost his arm, his country, and all but 25 of his people, the chief agreed to an armistice. In exile on Flinders Island, this revered warrior united most of the remnant tribes and became the settlement's 'King' - a beacon of hope in a hopeless situation.

'Raw and engaging, Reynolds and Clements have rescued this forgotten hero from obscurity. Despite being stripped of their lore and having British law imposed upon them, Tongerlongeter and his allies fought fiercely for their country. I admire them greatly.' Dianne Baldock, CEO of Circular Head Aboriginal Corporation

'Through meticulous research and imaginative reconstruction, Reynolds and Clements have given Tasmania a new hero - Tongerlongeter. Australians should revere him as much as their Anzac heroes - he defended his country to the death.' Professor Peter Stanley, UNSW Canberra

'I felt proud reading the story of Tongerlongeter and his epic resistance who, in 19th century words, held their ground bravely for 30 years against the invaders of their beautiful domains. Reynolds and Clements reveal the guardians of empire in turmoil. Did we know? We do now.' John Pilger, journalist, writer and documentary filmmaker

'Australia puts much into remembering its war dead. The Great War centenary was commemorated more extensively and intensely here than anywhere else.

This is a book about a war hero, his people, and his allies, men and women who fought the longest, in proportion the bloodiest, and among the most consequential wars in Australia's history. They fought with courage and skill until almost all of them were dead, and even then, the survivors did not surrender. They fought with honour for freedom and love of country.

Why have we never heard of them? Why can't we pronounce their names, let alone say them with respect? A great reckoning must come in Australia. We must be clearer on who was patriot and who invader; who was defending land, Law and people and who cast that aside. We need to see that both sides lost, one all that life and liberty hold dear, the other the keys to living with this land.

This book does not remedy injustice, but it recognises it. It offers Tongerlongeter, his people and his allies respect, recognition and regret. May it be one of many such books.'

Emeritus Professor Bill Gammage, author of The Biggest Estate on Earth: How Aborigines Made Australia 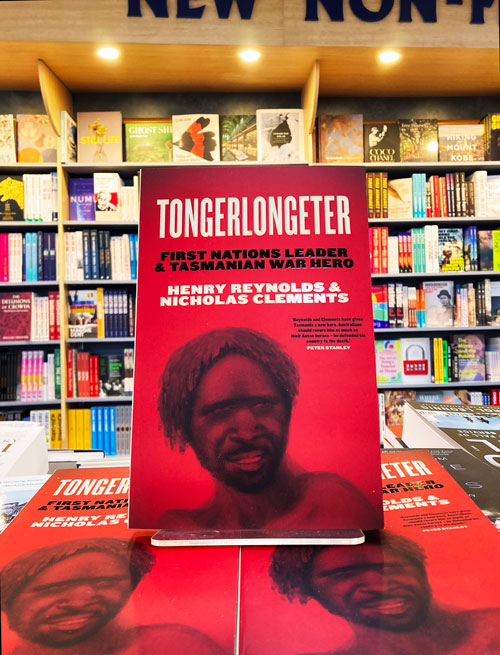 Or Cats in the Sack

Nixon and Watergate - an American...

Pursuing the Stasi Into the Present...