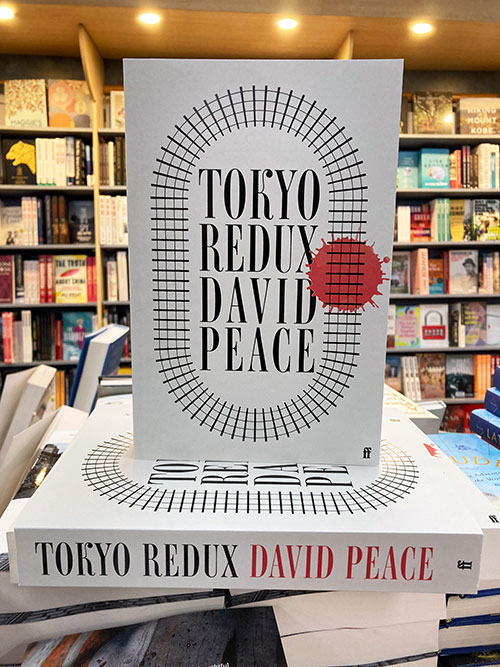 Tokyo, July 1949, President Shimoyama, Head of the National Railways of Japan, goes missing just a day after serving notice of 30,000 job losses. In the midst of the US Occupation, against the backdrop of widespread social, political and economic reforms - as tensions and confusion reign - American Detective Harry Sweeney leads the missing person's investigation for General MacArthur's GHQ.

Fifteen years later and Tokyo is booming. As the city prepares for the 1964 Olympics and the global spotlight, Hideki Murota, a former policeman during the Occupation period, and now a private investigator, is given a case which forces him to go back to confront a time, a place and a crime he's been hiding from for the past fifteen years.

Some men do both.

Over twenty years later, in the autumn and winter of 1988, as the Emperor Showa is dying, Donald Reichenbach, an aging American, eking out a living teaching and translating, sits drinking by the Shinobazu Pond in Ueno, knowing the final reckoning of the greatest mystery of the Showa Era is down to him.

David Peace - named in 2003 as one of Granta's Best of Young British Novelists - was born and brought up in Yorkshire. He is the author of ten novels including the Red Riding Quartet, adapted for television by Channel Four in 2009, GB84, which was awarded the James Tait Black Memorial Prize, The Damned Utd, Red or Dead, which was shortlisted for the Goldsmiths Prize in 2013, and most recently Patient X. He lives in Tokyo.

'David Peace writes the boldest and most original British fiction of his generation.' - Richard Lloyd Parry, New York Times 'David Peace is the English James Ellroy.' - IAN RANKIN 'Tokyo Redux represents another peak in a genuinely diverse and original body of work. This is hard-hitting, hypnotic, committed storytelling from a master craftsman. His words flow through a maze the reader will never want to leave.' - John King 'The first question when reviewing the third book in a trilogy is: do you need to read the others first? With David Peace's new novel the answer is no, but it's so good you might want to anyway ... A powerful, stirring read.' Sunday Times 'Peace builds a world at once real and deeply mysterious [and] brings his trilogy to a close with magisterial quality, the final paragraphs not just tying the various strands together but doing so in a way that at once chills the spine and sends the spirit soaring.' Quietus 'It's been worth the wait for the third instalment in his magnificent Japan-based trilogy ... a shrewd, penetrating depiction of a country with deep, twisted secrets, often hidden by elaborate formalities and ceremonies. Tokyo Redux is a fittingly perplexing and claustrophobic conclusion to a memorable neo-noir trilogy.' Independent 'The final installment of a blistering trilogy ... he's somewhere near his best in this powerful, overwhelming novel, in which genre excitement steadily gives way to the uncannier frisson of being plugged into a current of secret knowledge.' Observer

Every Sky a Grave