Winner of the 2020 National Biography Award and the 2020 NSW Premier's Non-Fiction Award.

The oddly compelling story of a man regarded as Australia's worst prime minister.

Winner of the 2020 National Biography Award and the 2020 NSW Premier's Non-Fiction Award.

The oddly compelling story of a man regarded as Australia's worst prime minister.

William McMahon was a significant, if widely derided and disliked, figure in Australian politics in the second half of the twentieth century. This biography tells the story of his life, his career, and his doomed attempts to recast views of his much-maligned time as Australia's prime minister.

After a long ministerial career under Menzies, McMahon became treasurer under Harold Holt, and fought a fierce, bitter war over protectionism with John McEwen. Following Holt's death in 1967, McEwen had his revenge by vetoing McMahon's candidature for the Liberal Party's leadership, and thus paved the way for John Gorton to become prime minister. But almost three years later, amid acrimony and division, McMahon would topple Gorton and fulfill his life's ambition to become Australia's prime minister.

In office, McMahon worked furiously to enact an agenda that grappled with the profound changes reshaping Australia. He withdrew combat forces from Vietnam, legislated for Commonwealth government involvement in childcare, established the National Urban and Regional Development Authority and the first Department of the Environment, began phasing out the means test on pensions, sought to control foreign investments, and accelerated the timetable for the independence of Papua New Guinea. But his failures would overshadow his successes, and by the time of the 1972 election McMahon would lead a divided, tired, and rancorous party to defeat.

A man whose life was coloured by tragedy, comedy, persistence, courage, farce, and failure, McMahon's story has never been told at length. Tiberius with a Telephone fills that gap, using deep archival research and extensive interviews with McMahon's contemporaries and colleagues. It is a tour de force - an authoritative and colourful account of a unique politician and a vital period in Australia's history.

'This is, as others have remarked, biography at its best- diligently researched, with detail nowhere else examined, and a demonstration of fine judgement concerning the crucial interplay between personal disposition, role demands, and historical context.' -James Walter, Australian Book Review 'A welcome addition to prime ministerial biography ... An engaging and informative read.' -Troy Bramston, The Australian 'This is the most detailed investigation and explanation of what happened ... Completing a biography of this scope is an enormous undertaking, and Patrick Mullins does it with considerable skill ... Mullins conveys the turmoil, the atmosphere of crisis, the bickering and the bloodletting that marked this extraordinary period of Australian political history.' -David Solomon, Inside Story
By:   Patrick Mullins
Imprint:   Scribe Publications
Country of Publication:   Australia
Dimensions:   Height: 209mm,  Width: 138mm,  Spine: 45mm
Weight:   658g
ISBN:   9781922310637
ISBN 10:   1922310638
Series:   Tiberius with a Telephone: The Life and Stories of William McMahon
Pages:   784
Publication Date:   13 October 2020
Audience:   General/trade ,  ELT Advanced
Format:   Paperback
Publisher's Status:   Active

Reviews for Tiberius with a Telephone: The life and stories of William McMahon

For God's sake behave like a prime minister , implored the journalist who had assisted William McMahon to attain that office. His faults were legion. Throughout his political career he boasted and intrigued, curried favour, and was habitually disloyal. He worked assiduously with little comprehension of his responsibilities, and was indecisive and prone to panic. Patrick Mullins' engrossing, fine biography does much more than document all these liabilities: it explains how they enabled him to attain national leadership and left him unable to exercise it. --Stuart Macintyre Mullins fills an enormous gap in our political history with extraordinary insight and clarity. He casts new light on our post-war politics. and rescues one of its most dominant figures from the throes of partisan caricature. --Lindsay Tanner, author of Sideshow and Politics with Purpose Sir William McMahon, Liberal party leader and Australia's 20th prime minister, was a master of political intrigue. He accumulated epithets-- Billy big-ears , Billy the leak , a quean , and in Gough Whitlam's memorable quip, Tiberius with a telephone . In this commanding and exceptionally researched biography, Patrick Mullins has retrieved McMahon from historical neglect, revealing the man behind the personal and political caricature. It is a compelling portrait of an insecure, vain, deeply ambitious man, and a skilful political operator whose one great strength, his remarkable persistence, was eventually rewarded with the liberal prime ministership. At once fascinating, revelatory, unflattering, and at times uncomfortable, Mullins never shies away from McMahon's clear and unavoidable personal failings. His own colleagues described him as an inveterate liar, a compulsive leaker, and 'completely untrustworthy'. Some refused outright ever to work with him. As Mullins unravels this devastating personal and political critique, McMahon's ascendency is all the more remarkable. But this is a story also of the Liberal Party in decline, divided and uncertain of its place in the weary interregnum between the twin titans of Australian politics--the founding Liberal leader, Sir Robert Menzies, and Labor's Gough Whitlam. Mullins' exemplary research, skilful use of an innovative structure, and engaging biographical narrative shows a complete picture of McMahon for the first time. This is everything a political biography should be. --Emeritus Professor Jenny Hocking, Monash University, author of Gough Whitlam: the definitive biography A welcome addition to prime ministerial biography...An engaging and informative read. --Troy Bramston, The Australian This is the most detailed investigation and explanation of what happened...Completing a biography of this scope is an enormous undertaking, and Patrick Mullins does it with considerable skill...Mullins conveys the turmoil, the atmosphere of crisis, the bickering and the bloodletting that marked this extraordinary period of Australian political history. --David Solomon, Inside Story Dr Mullins has become an expert on the topic. --Danielle Nohra, citynews.com.au So why did Mullins, a young political historian, pen a 776-page biography of William McMahon? And why is this book about such an apparently unlikely and unlikeable subject already emerging as a classic of its genre, just weeks after release? To find out the reader should first go to the book. The pages are well written and authoritative. They add up to a precociously confident historian's distillation of material from a remarkable range of sources. --Australian Financial Review [Patrick Mullins] has certainly engaged in wide-ranging and meticulous research on his subject. --Michael Sexton, The Australian Tiberius with a Telephone is relentless in its quest to understand a man who seems out of his depth in Canberra and, at times, uncertain why he's even there. Importantly, it shows when a government is bereft of real leadership and ideas, how quickly things can go wrong. --Jeff Maynard, Herald Sun [Patrick Mullins] provides a detailed and, at times, sympathetic account of the difficult issues McMahon faced as he struggled to shape events. But he is brutal in his depiction of McMahon's dishonesty, dithering, vanity, cunning and capacity for political self-harm...His biography is an engaging exposition of a neglected politician and his complex era. --Duncan Hughes, Sydney Morning Herald This is, as others have remarked, biography at its best: diligently researched, with detail nowhere else examined, and a demonstration of fine judgement concerning the crucial interplay between personal disposition, role demands, and historical context. --Australian Book Review The book is a significant work--exhaustive and considered...an engrossing read. --Nick Mattiske, Insights (Uniting Church in Australia) 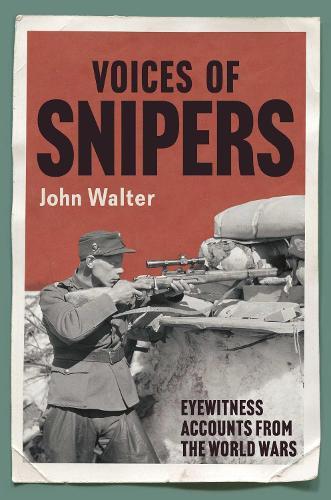 Eyewitness Accounts from the World... 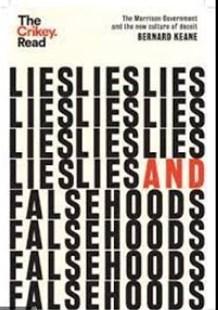 The Morrison Government and the... 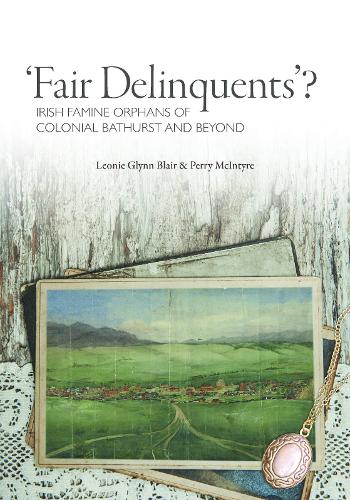 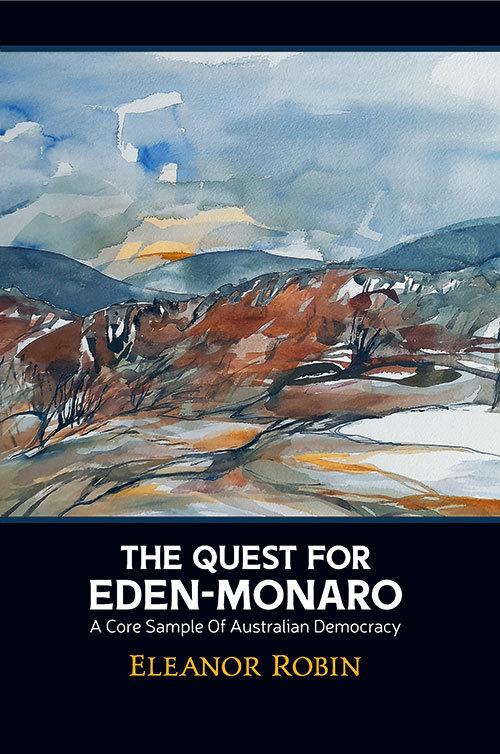 A Core Sample of Australian Democray... 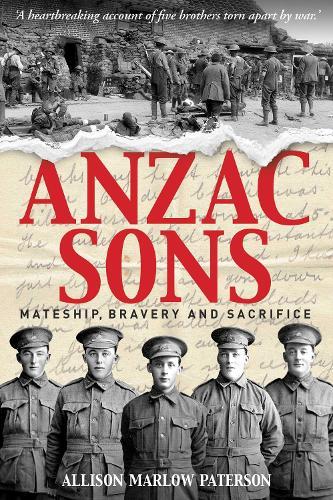 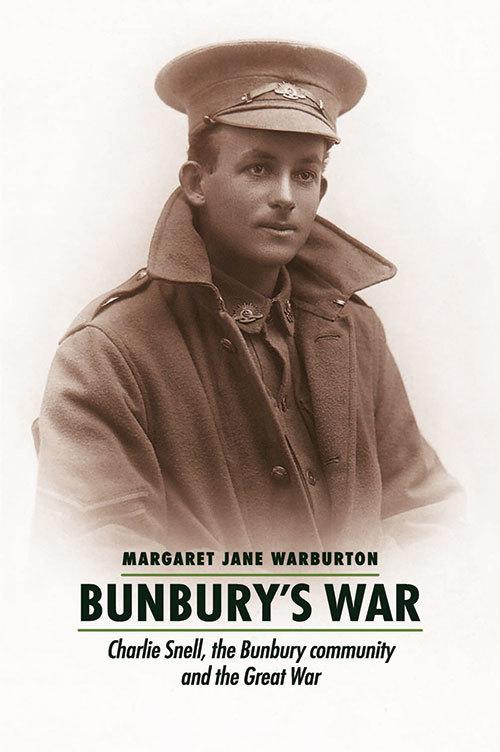