Barely forty years after the England's golden age under Elizabeth, the country was at war with itself, split between loyalty to the Crown and Parliament, with armies raised in Scotland and Ireland, and fighters arriving from Europe to wage war on English soil for the last time in England's history. The English Civil War would set family against family, friend against friend, and its casualties were immense?a greater proportion of the population than in World War I. England had become a failed state.

At the head of the disintegrating kingdom was the figure of the king: Charles I. In this vivid portrait?newly informed by previously unseen manuscripts, including royal correspondence between the king and his queen, some of it written in code?Leanda de Lisle depicts a man who was not cruel enough for his cruel times. He would not persecute his opponents in the bloody style of his Tudor antecedents, or throw his servants to the wolves to save his own skin in the time-honored royal style. He was tutored by his father in the rights and obligations of kings, but had none of his father's political subtlety and experience in survival. In a court of remarkable women he was happily married?but to a French Catholic princess, which caused consternation to his protestant subjects. Principled and high minded, he would pay a terrible price for the personal honor he so valued, and for having enemies more ruthless than he was. Nothing, however, would reflect on his character as much as the scene at his terrible death, speaking on the scaffold as a ?martyr of the people."

In his own destruction Charles did not sow the seeds of the monarchy's destruction but its rebirth. England's revolution lasted eleven unhappy years and the Crown was then restored, to national rejoicing. Today England enjoys rule by parliament and monarch while the Church of England has the bishops Charles was determined to preserve. More radical religious experimenters took their faith to the New World and the seeds of a republic, leaving England to mend its wounds and restore its fortunes and future as the world's preeminent constitutional monarchy.
By:   Leanda de Lisle
Imprint:   INGR
Country of Publication:   United States
Dimensions:   Height: 236mm,  Width: 152mm,  Spine: 41mm
Weight:   816g
ISBN:   9781610395601
ISBN 10:   1610395603
Publication Date:   01 November 2017
Audience:   General/trade ,  ELT Advanced
Format:   Hardback
Publisher's Status:   Active

Leanda de Lisle is the highly acclaimed author of The Sisters Who Would Be Queen, After Elizabeth, and Tudor. She has been a columnist on the Spectator, Country Life, the Guardian, the Sunday Telegraph, and the Daily Express, and writes for the Daily Mail, the New Statesman, and the Sunday Telegraph. She lives in Leicestershire, England.

Reviews for The White King

The author's research and presentation are skilled and highly readable . . . It is an illuminating book. --Historical Novel Society Engaging.... Charles had many virtues, and Ms. de Lisle does justice to them.... Ms. de Lisle's account of the Revolution and the war is excellent-clear, fair, sympathetic and detailed.... she grants him the stature of a tragic hero. --Allan Massie, Wall Street Journal De Lisle cuts a clear path through the complex politics surrounding the reign of Charles I and the Civil War. Highly recommended. --Tudor Times The reign of King Charles I of England is perhaps best known for its bloody end, when the monarch was beheaded on January 30, 1649.... The polarized nature of the debate concerning Charles's execution, however, has advanced a simplistic understanding of the Stuart king's legacy, one concerned chiefly with his abuses of power and attachment to the doctrine of divine right of kings. Leanda de Lisle's new biography of Charles, based on existing scholarship as well as newly discovered letters from the king's own hand, promises to challenge this legacy. --The New Criterion Critic's Notebook The White King offers gripping reading. It rewards those who read it a better understanding of King Charles I, and a greater appreciation for the events which shaped his life. --Galveston Daily News De Lisle brings the figures surrounding Charles I to life with the strident confidence that accompanies the historian who fully understand their subject....A well-written and impeccably researched biography, The White King seeks not to revise the history of England's Civil Wars, but uncover the truth hidden beneath the grime of centuries of propaganda and myth. --Adrienne Dillard, author of the best-selling Cor Rotto: A Novel of Catherine Carey The White King paints a brilliantly balanced look at the tragic life and complicated reign of King Charles I. Vivid in detail, Leanda de Lisle's research is balanced and insightful.... Richly researched and engagingly written, you will gain excellent insight not only into the life of King Charles I and the lives of those closest to him, but also the religious and governmental strife that drove Scotland, Ireland, England and Wales into bitter religious and civil war. --Queen Anne Boleyn.com De Lisle paints a sympathetic portrait [and] skillfully places Charles's story within the context of religious, international, and domestic political rivalries.... Misogyny, religious prejudice, and prurient propaganda.... This fascinating look at a society in turmoil and the resilient, principled leader who tried to remain true to his religious and dynastic responsibilities will leave readers to determine for themselves the meaning of 'The White King, ' .... An engrossing read. --Library Journal By the end of the book, I was sure that this was one of the best books on Charles I yet written. De Lisle certainly does know how to write strong, compelling narratives....Her best - and vital - talent, is perhaps her commendable ability to see the whole picture, the shades of grey. --Andrea Zuvich, author of A Year in the Life of Stuart Britain for The Seventeenth Century Lady Charles I has long eluded even the most scholarly of biographers; his personal contradictions, attractive qualities and ludicrous blunders require a writer of rare talent to let us appreciate the long-hidden character of the king. --Andrew Roberts, visiting professor, King's College London, and author of Napoleon: A Life Leanda de Lisle has approached one of the great icons of history with understanding and compassion. She takes her readers through the twists and turns of the English Civil War so that they understand the enormity of the regicide and the foolishness and courage of the king. --Philippa Gregory, author of The Other Boleyn Girl Leanda de Lisle uses hitherto unknown manuscripts to offer a sympathetic interpretation of the character of Charles I that is more nuanced than previous treatments thanks partly to a highly original account of his much-maligned queen, Henrietta Maria. The White King interweaves personal, national and international events in a vividly written account of his downfall and eventual execution in 1649. --Andrew Jackson O'Shaughnessy, professor of history, University of Virginia, and author of The Men Who Lost America Charles I (1600-1649) has always received bad press....veteran British historian de Lisle delivers a more generous portrait.... De Lisle's parliamentarians are an irascible group, resembling not so much freedom fighters as the tea party; on the other hand, the author's Charles often seems the voice of reason. Recent elections in Britain and the United States have produced surprisingly dysfunctional governments. De Lisle's fine, revisionist view of Charles may arouse nostalgia for a time when national leaders, elected or not, looked out for the nonzealous majority. --Kirkus Reviews This new balanced biography of Charles I, Leanda de Lisle's The White King is so marvelous It blows away the partisan fog and presents such an immediately recognizable human that all previous tellings look like caricature.[The book] renders sufficiently broad strokes of macro history but is also microscopically filled with careful archival detail only the best historians can dig up and make come alive almost effortlessly.... incisive, razor-sharp writing...a polished biographical gem ....[de Lisle] carefully integrates reliable new source documentation - including lost letters from a previously closed private archive at Belvoir Castle - and capable critical analysis about Charles. It will be definitive for a long time. --Patrick Hunt, author of Hannibal, for Electrum Magazine 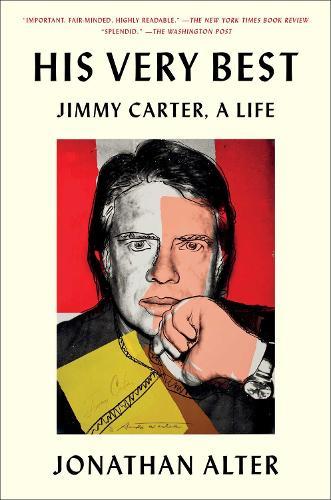 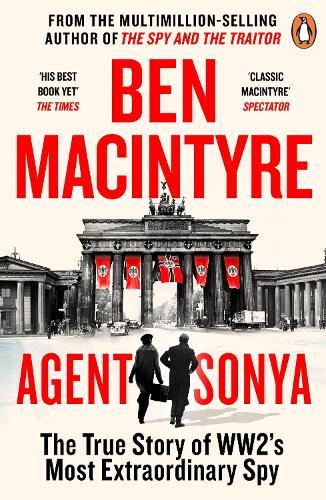 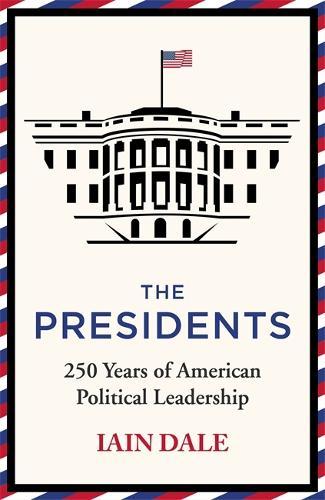 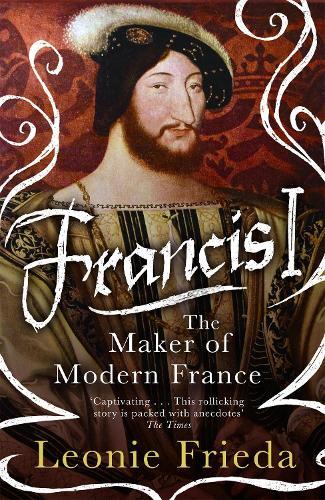 The Maker of Modern France 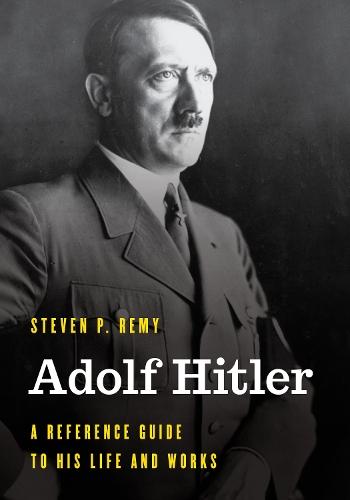 A Reference Guide to His Life and... 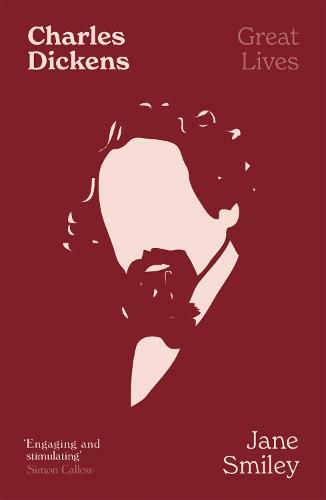