Set in the ancient city of Smyrna, this historical novel follows the intertwining fates of four families as their peaceful city is ripped apart by the dissolution of the Ottoman Empire.

At the heart of the Ottoman Empire, in the ancient city of Smyrna, a devastating moment determines the fates of four families.

On an orange-tinted evening in September 1905, Scheherazade is born to an opium-dazed mother in the ancient city of Smyrna. At the very same moment, a dashing Indian spy arrives in the harbour with a secret mission from the British Empire. He sails in to golden-hued spires and minarets, scents of fig and sycamore, and the cries of street hawkers selling their wares. When he leaves, seventeen years later, it will be to the heavy smell of kerosene and smoke as the city, and its people, are engulfed in flames.

But let us not rush, for much will happen between then and now. Birth, death, romance and grief are all to come as these peaceful, cosmopolitan streets are used as bargaining chips in the wake of the First World War.

Told through the intertwining fates of a Levantine, a Greek, a Turkish and an Armenian family, this unforgettable novel reveals a city, and a culture, now lost to time.

'This rich tale of love and loss gives voice to the silenced, and adds music to their histories' Maureen Freely, Chair, English PEN

A symphony of literature' Acik Radyo

'Defne Suman is a story-teller. She tells the story of how love, emotions and identities are influenced by socio-political events of a lifetime' Cumhuriyet Newspaper 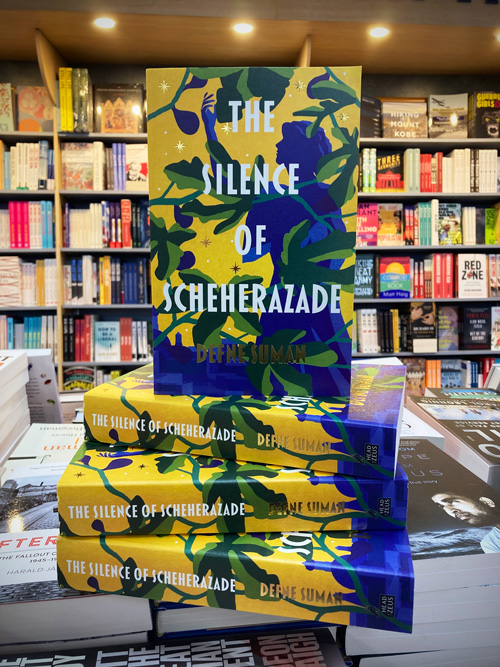 Defne Suman was born in Istanbul and grew up on Prinkipo Island. She gained a Masters in sociology from the Bosphorus University then worked as a teacher in Thailand and Laos where she studied Far Eastern philosophy and mystic disciplines. She later continued her studies in Oregon, USA and now lives in Athens with her husband. The Silence of Scheherazade was first published in Turkey and Greece in 2015 and is her English language debut.

Reviews for The Silence of Scheherazade

'A symphony of literature' -- Acik Radyo 'Defne Suman is a story-teller. She tells the story of how history inevitably determines our personalities, destinies and lives. She tells the story of how love, emotions and identities are influenced by socio-political events of a lifetime' * Cumhuriyet Newspaper * 'Defne Suman has crafted a wonderfully braided story of family secrets set in the magical city of Smyrna. Told in luminous prose, The Silence of Scheherazade is a romance full of rich and memorable characters whose lives collided with a pivotal and tragic moment in history. The novel is a delight' -- Lou Ureneck, author of Smyrna, September 1922 'When Smyrna was reduced to ashes in September 1922, the world lost one of its most beautifully cosmopolitan cities. Defne Suman and Betsy Goeksel have brought it back to life in all its glory in this rich tale of love and loss, giving voice to the silenced, and music to their histories' -- Maureen Freely, Chair, PEN UK 'The Silence of Scheherazade is a wonderful, social and historical novel, with delicate touches of love, and realistic moments of a daily life that was lost forever' -- Panos Tourlis, Books and Style Magazine (Greece) 'Suman's novel examines the conflict between a pluralistic notion of selfhood and a monolithically constructed national identity. The paradigms of exile and displacement, of speaking from minority positions, are intertwined with these themes' * Soezcukler Literary Magazine * 'Dense with rich descriptions and interwoven narrative threads ... A magnificent and illuminating historical novel concerned with every day life in the diverse Ottoman Empire' * Foreword * 'This unforgettable novel reveals a city, and a culture, now lost to time'. * LoveReading *

The Women of Troy

A Marriage of Lions