ABBEY'S BOOKSELLER PICK ----- This exquisite new novel from Toibin tells the story of Thomas Mann and his unique family. Spanning Mann's life we see his love of Germany slowly dissipate as his country chooses a path that Mann just does not recognize despite his initial reluctance in denouncing the Nazi Party. What is fascinating in this book are some of the periphery characters such as his tortured son Klaus and his outspoken daughter Erika. We follow the peripatetic life of the Mann's with Toibin's deft touch and acute observations – this makes for a truly memorable read. Greg Waldron

When the Great War breaks out in 1914 Thomas Mann, like so many of his fellow countrymen, is fired up with patriotism. He imagines the Germany of great literature and music, which had drawn him away from the stifling, conservative town of his childhood, might be a source of pride once again. But his flawed vision will form the beginning of a dark and complex relationship with his homeland, and see the start of great conflict within his own brilliant and troubled family.

Colm Toibin's epic novel is the story of a man of intense contradictions. Although Thomas Mann becomes famous and admired, his inner life is hesitant, fearful and secretive. His blindness to impending disaster in the Great War will force him to rethink his relationship with Germany as Hitler comes to power. He has six children with his clever and fascinating wife, Katia, while his own secret desires appear threaded through his writing. He and Katia deal with exile bravely, doing everything possible to keep the family safe, yet they also suffer the terrible ravages of suicide among Thomas's siblings, and their own children.

In The Magician, Colm Toibin captures the profound personal conflict of a very public life, and through this life creates an intimate portrait of the twentieth century.

Praise for The Magician:

'This graceful novel is a moving and intimate portrait by one master of another . . . It is a stunning tribute to the great man, and a vital story for now.' Anna Funder

'The Magician is a remarkable achievement. Mann himself, one feels certain, would approve.' John Banville

'As with everything Colm Toibin sets his masterful hand to, The Magician is a great imaginative achievement - immensely readable, erudite, worldly and knowing, and fully realized.' Richard Ford

'No living novelist dramatizes artistic creation as profoundly, as luminously, as Colm Toibin, or conveys so well the entanglement of imagination and desire.' Garth Greenwell 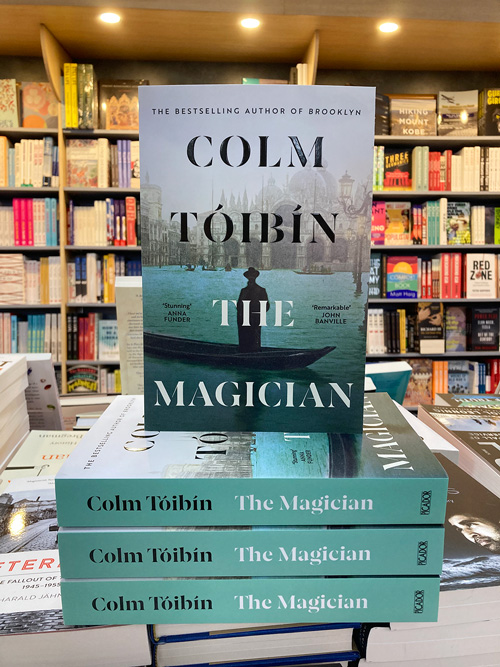 Colm Toibin was born in Ireland in 1955. He is the author of ten novels including The Master, Brooklyn, The Testament of Mary and Nora Webster. His work has been shortlisted for the Booker Prize three times, has won the Costa Novel Award and the International Dublin Literary Award. He has also published two collections of stories and many works of non-fiction. He lives in Dublin.

The Science of Middle Earth

A New Understanding of Tolkien and...

Lectures On Proust In A Soviet Prison...

What Makes This Book So Great

The Selected Works of Edward Said...