ABBEY'S BOOKSELLER PICK ----- Derek is a decent man, but he's spent five years in prison with three more to go, because he embezzled funds to fuel his addiction to gambling, and his wife's addiction to buying stuff. She divorced him, and stopped their only child, Debbie, from having any contact with him. So when his ex-sister-in-law turns up unexpectedly to tell him his little girl is getting married at the end of the year, and he better make some grand gesture to make up for not being there, Derek starts to worry about the right gift. Maybe he could make her some cushion covers? Because, as it turns out, the one activity that lifts his spirits in the prison, is the weekly sewing class. Steered away from the idea by Jane, the teacher, he instead conceives the idea he will make her wedding dress. With a little help from the rest of the sewing circle… The book doesn't romanticise criminals and is not as light and fluffy as the the storyline might suggest, but it is warm-hearted, sometimes quite funny and has interesting things to say about addiction and redemption.  Lindy

-----
Can a wedding dress save a bunch of hardened crims? The Full Monty meets Orange is the New Black in a poignantly comic story about a men's prison sewing circle.

Derek's daughter Debbie is getting married. He's desperate to be there, but he's banged up in Yarrandarrah Correctional Centre for embezzling funds from the golf club, and, thanks to his ex-wife, Lorraine, he hasn't spoken to Debbie in years. He wants to make a grand gesture - to show her how much he loves her. But what?

Inspiration strikes while he's embroidering a cushion at his weekly prison sewing circle - he'll make her a wedding dress. His fellow stitchers rally around and soon this motley gang of crims is immersed in a joyous whirl of silks, satins and covered buttons.

But as time runs out and tensions rise both inside and outside the prison, the wedding dress project takes on greater significance. With lives at stake, Derek feels his chance to reconcile with Debbie is slipping through his fingers ...

A funny, dark and moving novel about finding humanity, friendship and redemption in unexpected places. 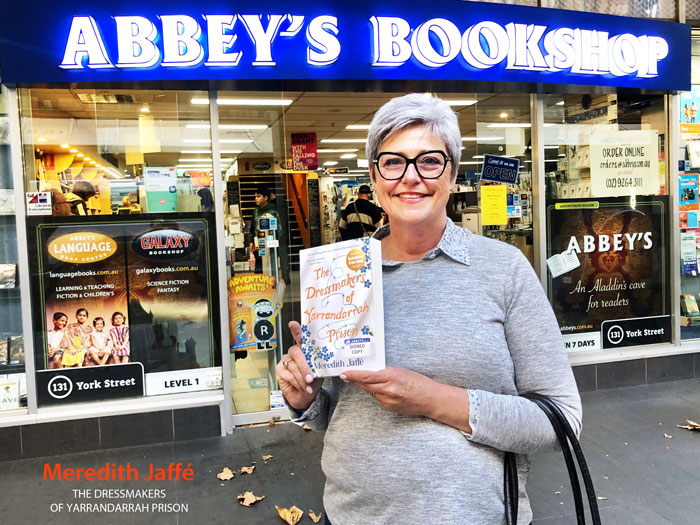 Meredith Jaffe is the author of three novels for adults - The Dressmakers of Yarrandarrah Prison (May 2021), The Making of Christina (2017) and The Fence (2016). Horse Warrior, the first in a children's series, was published in 2019. She also contributed a short story, Emergency Undies, to the 2019 Funny Bones anthology. She is the Festival Director of StoryFest, held on the NSW South Coast, and regularly facilitates at other writers' festivals and author events. Previously, she wrote the weekly literary column for the online women's magazine The Hoopla. Her feature articles, reviews, and opinion pieces have also appeared in The Guardian Australia, The Huffington Post, and Mamamia.

All That I Remember About Dean Cola...

I Give My Marriage A Year