The much anticipated publication of John le Carre 's last complete novel Julian Lawndsley has renounced his high-flying job in the City for a simpler life running a bookshop in a small English seaside town. But only a couple of months into his new career, Julian's evening is disrupted by a visitor. Edward, a Polish emigre living in Silverview, the big house on the edge of town, seems to know a lot about Julian's family and is rather too interested in the inner workings of his modest new enterprise.

When a letter turns up at the door of a spy chief in London warning him of a dangerous leak, the investigations lead him to this quiet town by the sea . . .

Silverview is the mesmerising story of an encounter between innocence and experience and between public duty and private morals. In this last complete masterwork from the greatest chronicler of our age, John le Carre asks what you owe to your country when you no longer recognise it.
By:   John Le Carre
Imprint:   Viking
Country of Publication:   United Kingdom
Dimensions:   Height: 234mm,  Width: 153mm,  Spine: 16mm
Weight:   276g
ISBN:   9780241550076
ISBN 10:   0241550076
Pages:   288
Publication Date:   19 October 2021
Audience:   General/trade ,  ELT Advanced
Format:   Paperback
Publisher's Status:   Active

John le Carre was born in 1931. For six decades, he wrote novels that came to define our age. The son of a confidence trickster, he spent his childhood between boarding school and the London underworld. At sixteen he found refuge at the university of Bern, then later at Oxford. A spell of teaching at Eton led him to a short career in British Intelligence (MI5&6). He published his debut novel, Call for the Dead, in 1961 while still a secret servant. His third novel, The Spy Who Came in from the Cold, secured him a worldwide reputation, which was consolidated by the acclaim for his trilogy Tinker Tailor Soldier Spy, The Honourable Schoolboy and Smiley's People. At the end of the Cold War, le Carre widened his scope to explore an international landscape including the arms trade and the War on Terror. His memoir, The Pigeon Tunnel, was published in 2016 and the last George Smiley novel, A Legacy of Spies, appeared in 2017. He died on 12 December 2020.

Le Carre at his finest, revealing character and backstory through dialogue with an economy and grace beyond most writers . . . le Carre's greatness has its roots in his mastery of spy fiction; a genre he augmented with novels notable for their craftsmanship and humanity, and writing for its stealth and sophistication. With the publication of Silverview, it's clear these virtues remained intact to the end. -- Mick Herron * Guardian * Thematically, this is classic le Carre: an exploration of how people do the wrong thing for the right motive. The prose is as unshowily superb as ever * Sunday Telegraph * His publisher is promoting it as a great literary event - the final book by one of postwar Britain's finest writers. That seems fair enough to me . . . [Silverview has] enough reminders of the old magic to please his most ardent aficionados -- Dominic Sandbrook * Sunday Times * A fitting coda to the work of our greatest spy novelist -- John Williams * Mail on Sunday * Textbook le Carre and a pleasing coda to a brilliant career: a short, sharp study of the human cost of espionage * Daily Telegraph * The first page hooks you in . . . John le Carre has lost none of his power to draw the reader straight into his world * The Times * A superb example of le Carre's enduring and exquisite genius * Daily Mail, A Book of the Year * There is a retro charm about proceedings . . . as well as a welcome array of familiar le Carre tropes, from sharply drawn characters to stimulating interviews and debriefings, plus a compelling denouement involving a wanted man on the run . . . a worthy coda, a commanding farewell from a much-missed master * Economist * Arguably the greatest English novelist of his generation * Guardian * Crisp prose, a precision-tooled plot, the heady sense of an inside track on a shadowy world . . . all his usual pleasures are here * Observer * Le Carre's ability to inhabit the deepest recesses of his characters' lives is once again on sparkling display . . . It leaves no doubt that le Carre believed good literature could help make the world a better place. His own contribution to that edifice was by no means negligible * FT * It is written with elegance and often pungency, the pitch-perfect dialogue ranging from the waggishly epigrammatic to the bluntly outraged * New York Times * A lyrical, poignant portrait of betrayal in a family that lives in a world submerged in subterfuge, and resonates with le Carre's exquisite genius. It is to be savoured gently rather than devoured * Daily Mail * A diverting if slender coda to one of the boldest writing careers of the 20th century . . . In this posthumous farewell, le Carre is still showing us how literary fiction and the spy narrative can coexist in the same book * i * A poignant story of love and loyalty * Independent * A fitting conclusion to the long career of a writer who redefined an entire genre with the deceptive easy of pure genius . . . Silverview is filled with joy in the resilience of the human spirit, and with love . . . It's also deeply thrilling, in the best way * Irish Times * Packed with cherishable details and intriguingly ambivalent about the role of the Secret Intelligence Service, John le Carre's last novel brings his career to a close in fine style * Scotsman * A very fine finale . . . for writing of subtlety, cadence and strength, with a special aptitude for the revealing particular, [le Carre] is virtually unequalled . . . Time and again, le Carre was able to weave an entrancing, haunting world of his own, a feat repeated in Silverview. There are few writers to match him, and fewer who are still alive * Spectator * In his trademark lucid prose, le Carre sets the scene for an atmospheric tale of betrayal, deceit and secret service malpractice . . . John le Carre, one of the great analysts of the contemporary scene, has left us a minor masterpiece of secrets and lies in spy land * Evening Standard * Nothing will ever match the Cold War spy novels written in his prime, but his later work illuminates themes of loyalty, betrayal and conflicting values in a modern context -- Vince Cable * New Statesman * A winner with fans of the master spy-writer * Oldie * A piercing portrait of moral ambivalence * i * It is classic le Carre . . . If this is the quality le Carre was producing in the last years of his life, we can be certain there are further posthumous delights coming our way * The Herald * I gobbled up Silverview . . . Here le Carre is on more familiar territory - what was once known as Mitteleuropa, with its shape-shifting double agents, scarred idealists on the prowl for lost causes * Spectator * It has often been said that le Carre is a novelist, not a mere thriller writer. Yet the thing is that, for all his protests that his creations were always more fictional than credited, what he excels at is giving us a plausible peek into the spy's world * The Times * [Le Carre's] prose is as quietly impressive as ever and it's a thoroughly enjoyable read. It makes for bittersweet reading - the final work of a master, on fine form * Daily Express * Promises to be filled with intrigue, surprises and timely meditations on the relationship between individuals and nations * i * One of the great moral writers of recent times * Metro * First-rate prose and a fascinating plot . . . a fitting coda to a remarkable career * Publishers Weekly * 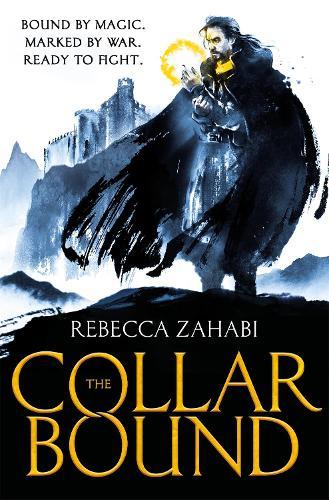 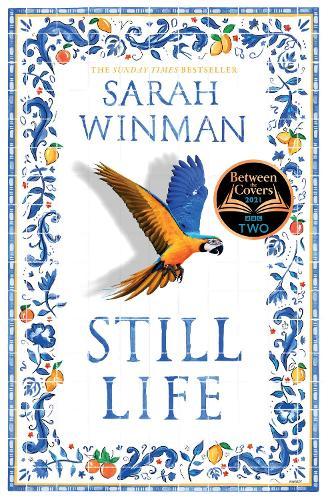 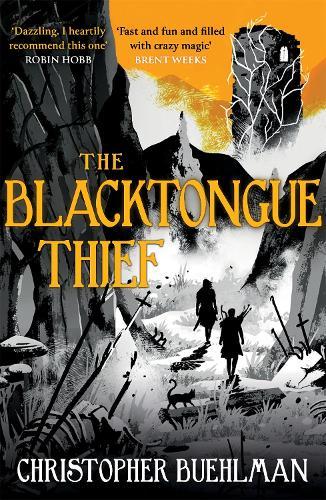 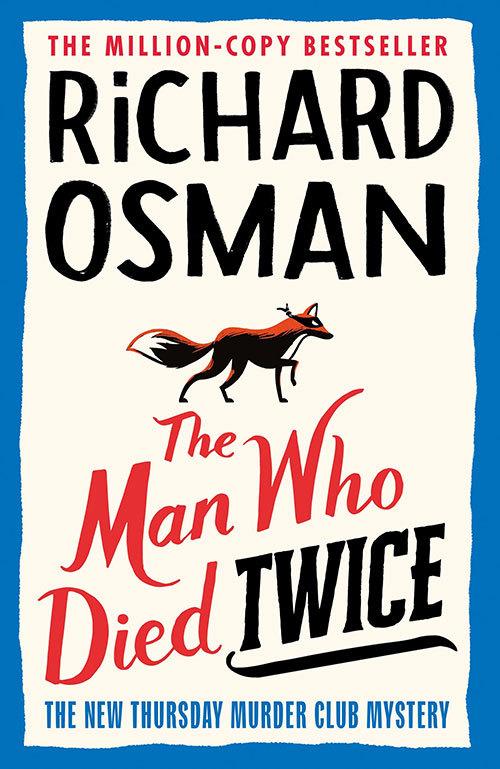 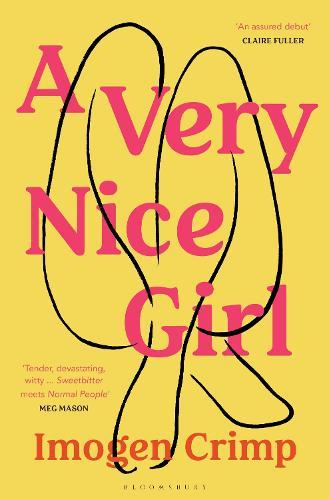 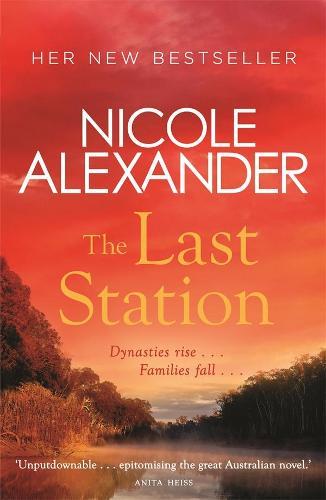