‘A clear affirmation of the importance of mindfulness and compassion for healing … enlightening and inspiring. Beautifully demonstrates that healing is more than the absence of injury. There is hope for everyone affected by stroke: recovery is possible.’
KATE RICHARDS, AUTHOR OF 'MADNESS'
As a psychologist specialising in court assessments, David Roland often saw the toughest, most heartbreaking cases. The emotional trauma had begun to take its toll — and then the global financial crisis hit, leaving his family facing financial ruin.
So when he found himself in a local emergency ward with little idea of where he was or how he got there, doctors wondered if he had had a nervous breakdown — if the strain of treating individuals with mental-health problems had become too much. Eventually they discovered the truth: David had suffered a stroke, which had resulted in brain injury. He faced two choices: give up or get his brain working again.
Drawing on the principles of neuroplasticity, David set about re-wiring his brain. Embarking on a search that brought him into contact with doctors, neuroscientists, yoga teachers, musicians, and a Buddhist nun, he found the tools to restore his sense of self: psychotherapy, exercise, music, mindfulness, and meditation.
How I Rescued My Brain is the story of David’s neurological difficulties and his remarkable cognitive recovery. It is also an account of a journey to emotional health and wellbeing. In the tradition of Marc Lewis’s Memoirs of an Addicted Brain and Jill Bolte Taylor’s My Stroke of Insight, this is an amazing tale of one man’s resilience, and his determination to overcome one of the most frightening situations imaginable — the fear that he had lost his mind, and might not get it back.
Reviews
‘Engrossing from the first page … This is the inside story of a brain injury. A fascinating insight into what makes us who we are, how we think and what creates the way we operate in the world.’
ALAN CLOSE, AUTHOR OF 'BEFORE YOU MET ME'
‘David Roland’s world is accelerating toward the precipice of psychological breakdown. Scientific fact underscores a daunting emotional realism as we follow each moment of his terrifying trajectory.’
MARC LEWIS, AUTHOR OF 'MEMOIRS OF AN ADDICTED BRAIN' 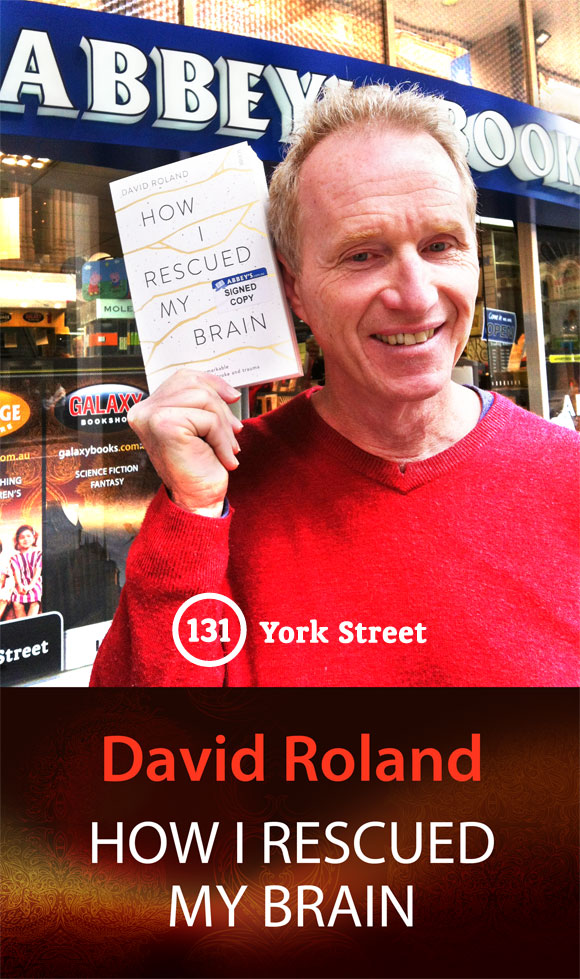 Gorilla and the Bird: A memoir of...

The Unmapped Mind: A Memoir of Neurology,...

Eyes Too Dry: A Graphic Memoir About...

Life Without Diabetes: The definitive...