ABBEY'S BOOKSELLER PICK ----- A simple but striking tale that can be read on different levels, the most obvious is of a little calf who is separated from her family, escapes from a man who forces her into a truck, wanders lost until she is once again reunited with her loving family. It doesn't take much for an adult reader to see that it is also a softened allegory for the Stolen Generations. However the text by the celebrated writer Bruce Pascoe is read, the limpid-eyed calf is beautifully rendered and the illustrations are vivid and celebrate the colours of the outback, with their strong earthy reds and ochres, and then the softer greens of watered country when the family is reunited. The illustrator Charmaine Ledden-Lewis is a winner of an emerging Indigenous Illustrator award, and it will be a pleasure to see more of her work! As a postscript, the calf in the illustrations is modelled on photographs (see below) of a poddy calf (Ruth) cared for by one of our customers, whose daughter teaches the son of the illustrator! Lindy Jones
-----
Age range 0-8 Winner of the Kestin Indigenous Illustrator Award This gentle story set in the rugged Australian bush is about a small calf who becomes separated from his family. The little calf is alone and simply wants his mother, sisters and brothers. He can see other animals, and after running to the river, manages to ask some horses if they are his family. The calf's family have been taken away in the back of a noisy truck. So begins the little calf's journey to find his family.

In Found we share the calf's point of view in an evocative story, accompanied by stunning illustrations.

'Found is a softened and cautiously optimistic version of a disgraceful history that must not be forgotten: the Stolen Generations. Charmaine Ledden-Lewis' rich illustrations in the deep, bold colours of the Australian desert never let us forget where we are and whose story this is...

Using animals to analogise human stories is a tried and true way to make complex events and ideas accessible for young children, and this is no exception.' - Anica Boulanger-Mashberg, Books + Publishing, read here 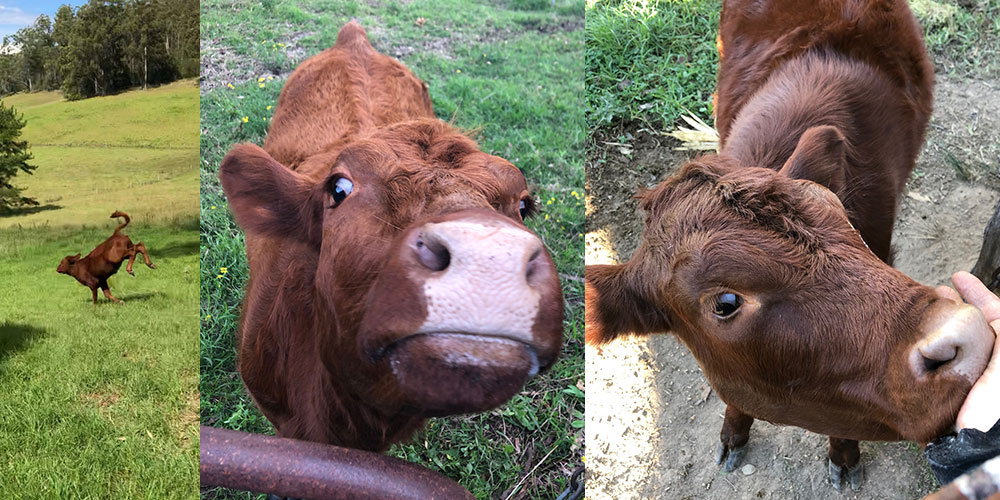