Every person on our home planet is affected by a worldwide deluge of man-made chemicals and pollutants - most of which have never been tested for safety. Our chemical emissions are six times larger than our total greenhouse gas emissions. They are in our food, our water, the air we breathe, our homes and workplaces, the things we use each day. This universal poisoning affects our minds, our bodies, our genes, our grandkids, and all life on Earth. Julian Cribb describes the full scale of the chemical catastrophe we have unleashed. He proposes a new Human Right - not to be poisoned. He maps an empowering and hopeful way forward: to rid our planet of these toxins and return Earth to the clean, healthy condition which our forebears enjoyed, and our grandchildren should too.
By:   Julian Cribb
Imprint:   Cambridge University Press
Country of Publication:   United Kingdom
Dimensions:   Height: 215mm,  Width: 137mm,  Spine: 20mm
Weight:   430g
ISBN:   9781108931083
ISBN 10:   1108931081
Pages:   300
Publication Date:   29 July 2021
Audience:   General/trade ,  College/higher education ,  ELT Advanced ,  Primary
Format:   Paperback
Publisher's Status:   Active

Julian Cribb FRSA FTSE is an author and science communicator. His career includes appointments as scientific editor for The Australian newspaper, director of national awareness for the Australian Commonwealth Scientific and Industrial Research Organisation (CSIRO), editor of several newspapers, member of numerous scientific boards and advisory panels, and president of national professional bodies for agricultural journalism and science communication. His published works include over 9000 articles, 3000 science media releases and ten books. He has received thirty-two awards for journalism. His previous books include Food or War (2019), Surviving the 21st Century (2017), and The Coming Famine (2010). As a science writer and a grandparent, Julian is deeply concerned about the existential emergencies facing humanity, the mounting scientific evidence for them, and the deficit of clear thinking about how to overcome them. He does, however, hold out plenty of hope that humanity can overcome these mounting difficulties, with a will, and his books aim to map pathways out of our predicament.

Reviews for Earth Detox: How and Why we Must Clean Up Our Planet

'In Earth Detox, Cribb shows that humanity's chemical emissions are a threat to civilization on the scale of climate disruption - slaying more people every year now than any war in human history. On a bedrock of hard scientific evidence, he shows the way for urgent universal action to stem this colossal menace to our future. Another must-read by an outstanding science communicator.' Paul R. Ehrlich, author of The Population Bomb and Jaws: The Story of a Hidden Epidemic 'Future generations will see this book as the 21st century equivalent of Rachel Carson's 1960s classic, Silent Spring. It documents in frightening detail how manufactured chemicals are poisoning us and the Earth's natural systems. Every day, about a kilogram of chemicals are produced for you and for every other human. About 25,000 people will die today from the effects of these chemicals. Read it and be empowered to help turn back the chemical tsunami which is drowning us all.' Ian Lowe, Griffith University 'Julian Cribb's unrivalled passion for a clean environment is informed by his understanding that chemical contamination of the Earth poses no less than an existential risk to humanity. This outstanding book examines in beautiful language the scale and causes of the problem, and - crucially - what we can do to solve it. Cribb has warned us - we must now rise to the challenge.' Ravi Naidu, Newcastle University and CEO of CRC CARE '... a meticulously researched account of the quantity, variety, and number of chemicals released into the environment by human activities and the impact these chemicals are having on the health, wellbeing and, ultimately, the survival of humanity.' Alfred Poulos, Australian National University '... Earth Detox is impeccably researched, starkly engaging, beautifully written, and deeply unnerving. Telling us we are existentially awash in deadly dangerous, man-made chemical toxins. A must read for those who want a future in which humans can survive. Julian Cribb is one of the world's most important voices on the existential threats of our time.' Geoffrey Holland, author of The Hydrogen Age 'Julian Cribb refuses to give up on our species. In this his latest book, Earth Detox, he succinctly describes how we find ourselves and our environments contaminated by chemicals while shining a light on pathways to a cleaner, healthier world.' Robyn Alders, Australian National University '... harrowing, tenacious and precise analysis of humanity's poisoning of the planet ... From traces of arsenic on the high slopes of Mt. Everest, to flame-retardant chemicals in deepsea squid and bears in the Arctic, pesticides and nanopolluters, to neurotoxins, endocrine disrupters and chemical weapons, Cribb documents the unbearable orgy of toxins we are willy-nilly unleashing ... This is not a book about hope versus despair. It is far more urgent and pragmatic than that. This is about your next breath.' Michael Charles Tobias, author, filmmaker, President of Dancing Star Foundation '... impeccably referenced and scary to say the least. But it needs to be widely read and understood if we seriously want our children to inherit a liveable world.' Bob Douglas, Commission for the Human Future 'Science policy expert Julian Cribb's latest, deeply-documented, systemic overview of humanity's self-inflicted global crises is essential reading. Cribb provides evidence that our collective expanding cognition and actions offer clear pathways for redirecting societies toward survivable common futures on our endangered planet.' Hazel Henderson, global futurist, author of Mapping the Global Transition to the Solar Age, CEO of Ethical Markets Media, LLC 'Earth Detox is a compelling, albeit unsettling book about the ways billions of tons of toxic chemicals are killing the planet - including people ... Julian Cribb takes a no-holds-barred look at how dependence upon manufactured chemicals threatens the world. Every living being is touched in one way or another by toxic chemicals. They're in the air, in the oceans, in the soil, in the foods we eat, on our skin. In fact, almost every facet of our lives is touched by pollutants, whether we know it or not. Earth Detox lays out shocking facts about the many ways we've allowed pollutants to poison the planet. Fortunately, Julian also lays out many actions we can take, and policies to support, to change course and save lives. I encourage readers to pick up Earth Detox, learn the facts about toxic pollutants, and begin sharing some of the solutions with others so we can move toward a safe and healthy world for all beings.' Suzanne York, Director of Transition Earth 'Confronting, challenging and yet empowering, Earth Detox offers a roadmap to dealing with the issues we all face together as a global community ... Julian Cribb reminds us why he is one of the world's leading science writers ... If knowledge is power then with this book we are empowered to act, effect change and truly make a difference ... At this time of global reflection, the book is guiding light to a better and more sustainable future.' Ron Ehrlich, President of Australasian College of Nutritional and Environmental Medicine 'We have treated our planet as an infinitely open system into which we carelessly pour our waste and other toxins. It isn't. Julian Cribb's book is full of well-referenced, irrefutable facts ... repulsive in impact, yet captivating, surgically concise and articulate. I commend this book to anyone who cares about our planet and our species.' John M. Schmidt, Synthesist and Foresight Practitioner 'Earth Detox is truly a masterpiece of deeply researched facts exposing a very, very big story, as big as the survival and condition of Earth's basic resources that support existence.' Robert Hunziker, CounterPunch 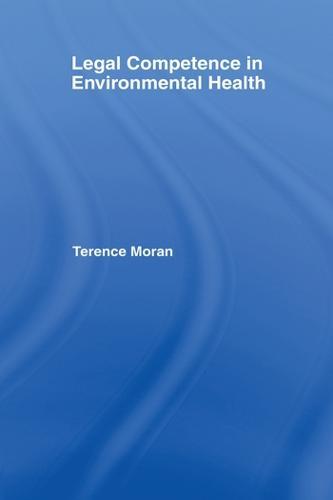 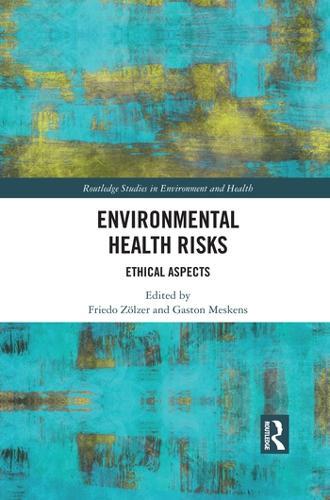 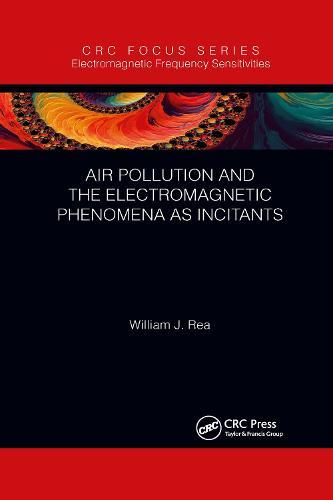 Air Pollution and the Electromagnetic... 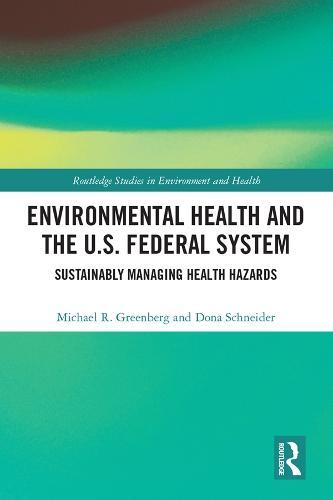 Environmental Health and the U.S.... 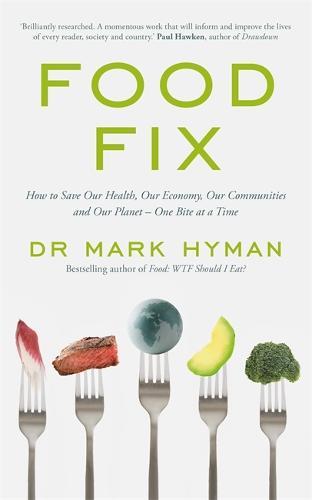 How to Save Our Health, Our Economy,... 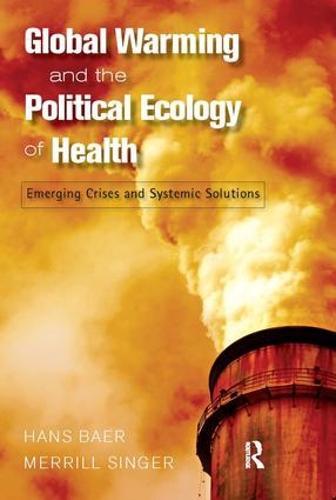 Global Warming and the Political...