ABBEY’S BOOKSELLER PICK —— Tragedy and mystery in a small French town. Stilted, tense, apprehensive, hermetic are all words I’d use to describe the tone of life for Manfred Baumann, who falls under suspicion over the disappearance of a waitress in a small French town near the Swiss border. There’s a strong sense of sepia yesteryear - although I think it is set some time around the 80's - and European-ness (Dostoyevsky comes to mind).

The novel is the first in a trilogy and I'm intrigued to see how the next one is structured - this one has an interesting quirk in that it is portrayed as being a book translated by Graeme Macrae Burnet. It's a playful approach by the Scottish author who is now enjoying the spotlight for his writing that has come with making it through to the shortlist for the Man Booker Prize 2016 with His Bloody Project, a tale of murder in the Scottish Highlands in 1869. Craig Kirchner
——
Manfred Baumann is a loner. He has always lived in the nondescript French town of Saint-Louis. Shy and awkward, a man of habit, he spends his days working in the local bank and his evenings in the drab Restaurant de la Cloche where he can surreptitiously observe Adele Bedeau, its sullen but alluring waitress.
Until, one day, Adele vanishes.
Georges Gorski, a detective haunted by his failure to solve one of his first murder cases, is called in to investigate. Manfred is rattled, and the careful routine of his life starts to crumble around him. And that's when he meets Alice Tarrou.
Graeme Macrae Burnet's spellbinding debut novel The Disappearance of Adele Bedeau is an intimate portrayal of an outsider in a small community, of a man who cannot shake the feeling he is always being watched, whose every moment is determined by the catastrophic secrets of his past. 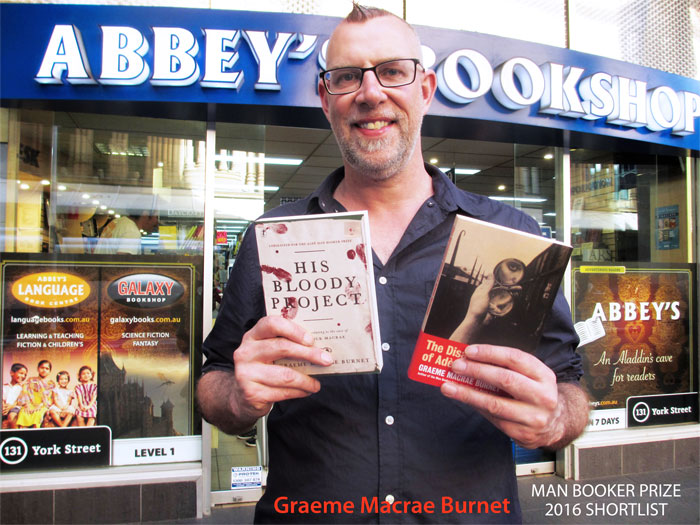 Reviews for The Disappearance of Adele Bedeau

Death with a Double Edge

The Geometry of Holding Hands