Science doesn't speak for itself. Neck-deep in work that can be messy and confounding and naive in the ways of public communication, scientists are often unable to package their insights into the neat narratives that the public requires. Enter celebrities, advocates, lobbyists, and the funders behind them, who take advantage of scientists' reluctance to provide easy answers, flooding the media with misleading or incorrect claims about health risks. Amid this onslaught of spurious information, Americans are more confused than ever about what's good for them and what isn't.

In Bad Advice, Paul A. Offit shares hard-earned wisdom on the dos and don'ts of battling misinformation. For the past twenty years, Offit has been on the front lines in the fight for sound science and public heath. Stepping into the media spotlight as few scientists have done-such as being one of the first to speak out against conspiracy theories linking vaccines to autism-he found himself in the crosshairs of powerful groups intent on promoting pseudoscience. Bad Advice discusses science and its adversaries: not just the manias stoked by slick charlatans and their miracle cures but also corrosive, dangerous ideologies such as Holocaust and climate-change denial. Written with wit and passion, Offit's often humorous guide to taking on quack experts and self-appointed activists is a must-read for any American disturbed by the uptick in politicized attacks on science.
By:   Paul Offit
Imprint:   Columbia University Press
Country of Publication:   United States
Dimensions:   Height: 229mm,  Width: 152mm,
ISBN:   9780231186988
ISBN 10:   0231186983
Pages:   256
Publication Date:   19 June 2018
Audience:   General/trade ,  ELT Advanced
Format:   Hardback
Publisher's Status:   Active

Prologue: On Being Naive 1. What Science Is-and What It Isn't 2. White Mice and Windowless Rooms 3. An Alibi for Ignorance 4. Feeding the Beast 5. To Debate or Not to Debate 6. Make 'Em Laugh 7. Science Goes to the Movies 8. The Emperor's New Clothes 9. Judgment Day 10. The Nuclear Option 11. Pharma Shill 12. A Ray of Hope Epilogue: The End of the Tour Acknowledgments Appendix: Blogs and Podcasts Notes Selected Bibliography Index

Paul A. Offit is the director of the Vaccine Education Center at the Children's Hospital of Philadelphia as well as the Maurice R. Hilleman Professor of Vaccinology and professor of pediatrics at the Perelman School of Medicine at the University of Pennsylvania. He is an award-winning physician, coinventor of a rotavirus vaccine, and the author of several books on medical and scientific issues including, from Columbia University Press, Autism's False Prophets Bad Science, Risky Medicine, and the Search for a Cure (2007) and Vaccines and Your Child: Separating Fact from Fiction (2011, with Charlotte A. Moser.)

Reviews for Bad Advice: Or Why Celebrities, Politicians, and Activists Aren't Your Best Source of Health Information

The author's droll account of attempts to inform the public about vaccines and even before a congressional hearing make for compelling reading....Recommended * Choice * A well-presented, knowledgeable, and surprisingly engaging look at the pitfalls of the information age. * Foreword Reviews * [Bad Advice] provides a sterling example of this stand in the name of empirical truth. * Publishers Weekly * Bad Advice is a fun and educational book that will leave readers optimistic-as Offit himself is-that fact will ultimately prevail over fiction in the world of science and medicine. Although science is under siege, Offit writes toward the end of the book, science advocates are fighting back. -- Arlene Weintraub, author of <i>Heal: The Vital Role of Dogs in the Search for Cancer Cures</i> * New York Journal of Books * The beauty of mass communication in our free society is also our curse. Information flows so quickly, from so many different sources, that one can't help but be overwhelmed-and too frequently misled. No one has fought harder over the years to educate the public, and to puncture the dangerously false dogmas of pseudoscience, than Paul Offit. Bad Advice is a brilliant extension of his dictate, so aptly stated by Daniel Patrick Moynihan, that one is entitled to his own opinion, but not to his own facts. Celebrities and politicians bear the brunt of Offit's elegantly written, often hilarious, pinpoint assaults. But what makes this book truly special is its vision of how science can, and must, be defended against its despoilers. Bad Advice is, in every sense, an essential read. -- David Oshinsky, director of the Division of Medical Humanities at NYU School of Medicine With humor and a unique perspective, Offit takes us step by step through our culture's missteps (and some of his own), relating stories of real science and the difficulties of communicating complicated concepts clearly to a skeptical and sometimes hostile public. Bad Advice shows us how we can succeed in the battle against pseudoscience, seductive gurus with simple messages, and snake oil-hawking celebrities. -- Adam Ratner, M.D., New York University Paul Offit is a pediatrician, a vaccine scientist, and one of our foremost explainers of science. In Bad Advice, he distills what he has learned-often the hard way-from standing up for science in the face of bogus theories, quack remedies, and the flat-out denial of empirical fact. Skillfully, Offit uses stories of his many missteps in the treacherous public arena to teach us how to confront pseudoscience effectively. In the process, without noticing, we learn fascinating lessons in the relevant science. A forcefully-written, indispensable book, particularly at the present moment. -- Geoffrey Kabat, cancer epidemiologist at the Albert Einstein College of Medicine and author of <i>Getting Risk Right: Understanding the Science of Elusive Health Risks</i> Bad Advice gives us a front row seat to Offit's role on the leading edge of the vaccine fight as he shows just how important communicating good science can be. The author's rare storytelling blend of equal parts humorous anecdotes and serious facts leads to an entertaining and captivating read that is hard to put down. -- Melissa Stockwell, MD, MPH, Columbia University Medical Center Bad advice about your health, firmly grounded in fact-free marketing, greed, and science denialism, is omnipresent in the new and old media these days. One of the few reliable sources of good advice is Dr. Paul A. Offit who, unlike all too many scientists and doctors, is ready to take on the hype and lies of celebrities, charlatans, ideologues, and money-grubbers with logic, evidence, and humor. Take my advice: Bad Advice is just what you need to navigate the murky waters of an unending stream of really bad information about your health. -- Arthur L. Caplan, Drs. William F. and Virginia Connolly Mitty Professor of Bioethics, New York University School of Medicine In breezy and deceptively conversational prose that often winks with humor, Bad Advice breaks down complex scientific subjects that have been distorted through several cultural lenses. Offit takes to task actors, network news anchors, quack scientists, and even politicians who, unlike Jolie in her thoughtful article, have opined on scientific subjects in ways that misinform the public, on occasion to a potentially dangerous degree. * Washington Post * 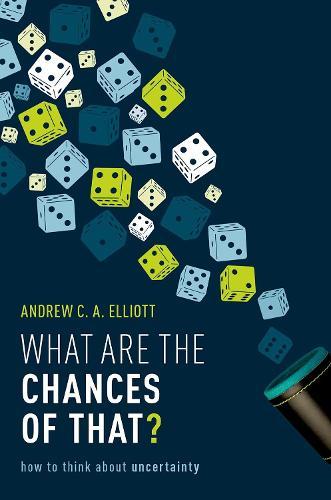 What are the Chances of That?

How to Think About Uncertainty 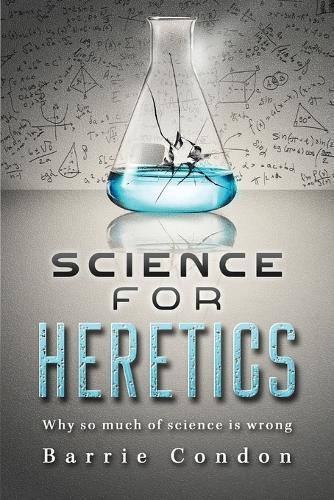 Why so much of science is wrong... 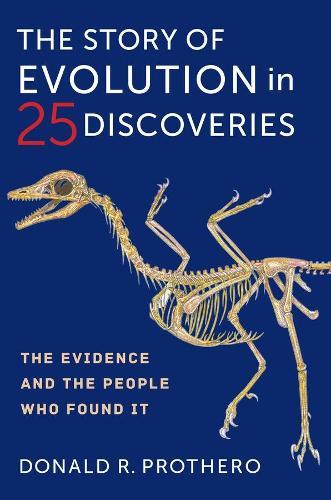 The Story of Evolution in 25 Discoveries...

The Evidence and the People Who... 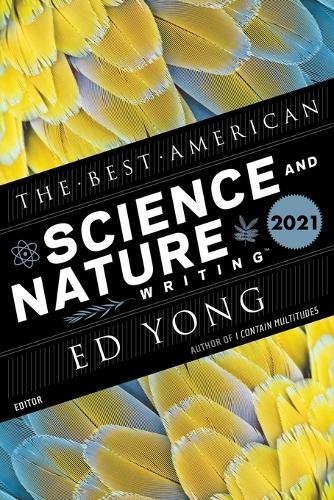 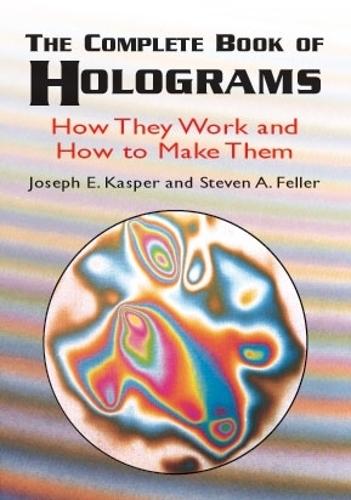 The Complete Book of Holograms