The highly popular AIATSIS map of Indigenous Australia is now available in a compact, portable A3 size.
Available flat or folded (packaged in a cellophane bag), it is the perfect take-home product for tourists and anyone interested in the diversity of Australia's first nations peoples.
The handy desk size also makes it an ideal resource for individual student use. Using published resources available from 1988-1994, the map attempts to represent the language or nation groups of Aboriginal and Torres Strait Islander peoples of Australia.
For tens of thousands of years, the First Australians have occupied this continent as many different nations with diverse cultural relationships linking them to their own particular lands. The ancestral creative beings left languages on country, along with the first peoples and their cultures.
Over 200 distinct languages, and countless dialects of them, were in use when European colonisation began. While people in some communities continue to speak their own languages, many others are seeking to record and revive threatened ones.
Aboriginal and Torres Strait Islander peoples retain their connection to their traditional lands regardless of where they live.
See more for FIRST NATIONS 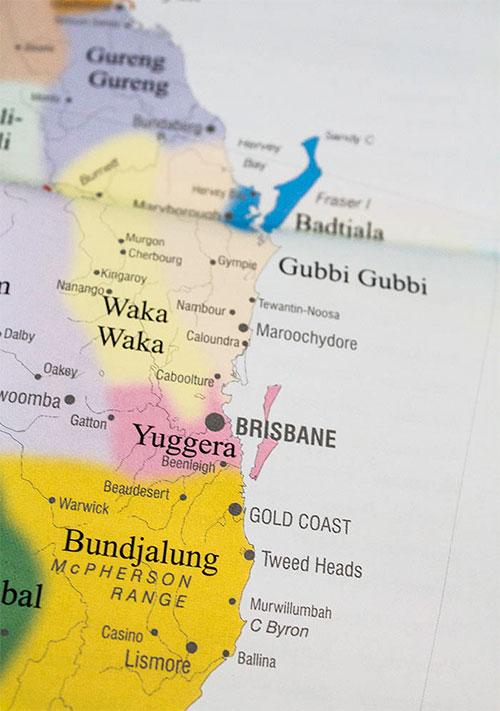 They Did Not Come from Nowhere

Central Australia and Beyond

The Earth is Weeping

The Epic Story of the Indian Wars...

Finding the Heart of the Nation...

The Journey of the Uluru Statement...

Protection and Reform in the Nineteenth-Century...