The internationally bestselling and prize-winning history of German life in the fallout of the Third Reich, filled with eye-opening, shocking and vitally human stories of ruin, repression and revival.
*
*
*SHORTLISTED FOR THE BAILLIE GIFFORD PRIZE FOR NON-FICTION
*
*
*

'Exemplary and important... This is the kind of book few writers possess the clarity of vision to write' MAX HASTINGS, SUNDAY TIMES

'Magnificent... There are great lessons in the nature of humanity to be learnt here' TELEGRAPH

Germany, 1945- a country in ruins. Cities have been reduced to rubble and more than half of the population are where they do not belong or do not want to be. How can a functioning society ever emerge from this chaos?

In bombed-out Berlin, Ruth Andreas-Friedrich, journalist and member of the Nazi resistance, warms herself by a makeshift stove and records in her diary how a frenzy of expectation and industriousness grips the city. The Americans send Hans Habe, an Austro-Hungarian Jewish journalist and US army soldier, to the frontline of psychological warfare - tasked with establishing a newspaper empire capable of remoulding the minds of the Germans. The philosopher Hannah Arendt returns to the country she fled to find a population gripped by a manic loquaciousness, but faces a deafening wall of silence at the mention of the Holocaust.

Aftermath is a nuanced panorama of a nation undergoing monumental change. 1945 to 1955 was a raw, wild decade poised between two eras that proved decisive for Germany's future - and one starkly different to how most of us imagine it today. Featuring black and white photographs and posters from post-war Germany - some beautiful, some revelatory, some shocking - Aftermath evokes an immersive portrait of a society corrupted, demoralised and freed - all at the same time.
By:   Harald Jahner
Translated by:   Shaun Whiteside
Imprint:   W H ALLEN
Country of Publication:   United Kingdom
Dimensions:   Height: 198mm,  Width: 126mm,  Spine: 26mm
Weight:   291g
ISBN:   9780753557884
ISBN 10:   0753557886
Pages:   432
Publication Date:   04 August 2022
Audience:   General/trade ,  ELT Advanced
Format:   Paperback
Publisher's Status:   Active

Harald J hner is a cultural journalist and former editor of the Berliner Zeitung. He was also an honorary professor of cultural journalism at the Berlin University of the Arts. Aftermath was first published in Germany as Wolfszeit, where it was a Spiegel bestseller and won the Leipzig Book Fair Prize for non-fiction.

Reviews for Aftermath: Life in the Fallout of the Third Reich

Exemplary [and] important... This is the kind of book few writers possess the clarity of vision to write * Max Hastings, Sunday Times * A masterpiece * The Spectator * Magnificent... There are great lessons in the nature of humanity to be learnt here -- Rupert Christiansen * The Telegraph * Jahner is masterly in telling the tragic, despicable, comedic and uplifting stories of those who were there as he takes his readers on a fascinating tour through rubble-strewn postwar Germany * Katja Hoyer, The Times * Thought-provoking... Jahner's unflinching account is a reminder that historical truths are rarely simple and always nuanced * Daily Mail * Magisterial, fascinating, humane - a brilliant book of the greatest importance and achievement * Philippe Sands, bestselling author of East West Street and The Ratline * I thought I knew the essential story of Germany's immediate post-war years. This book brilliantly adds to, indeed changes, my understanding. One of the best historians and authors of contemporary Germany, Jahner paints an absorbing, human and surprising picture * John Kampfner, bestselling author of Why the Germans Do it Better * This panoramic journey through Germany in the ruins of the Third Reich is unforgettably thought-provoking [and] intensely moving * The Times (21 best history books 2021) * [Jahner] does double duty in this fascinating book, elegantly marshaling a plethora of facts while also using his critical skills to wry effect. Even though Aftermath covers historical ground, its narrative is intimate, filled with first-person accounts * New York Times * An extraordinary book of breathtaking scholarship. Jahner shines a light on a dark and almost forgotten period of German history to find it pulsating with life * Jack Fairweather, bestselling author of The Volunteer * What does total defeat mean? Germany 1945-55. Ten years of poverty, ruins, fear, violence, black markets, manic hard work, inventive sex - and always, always, silence about the murdered millions of the Third Reich. A fascinating read. * Neil MacGregor, author of Germany: Memories of a Nation * Absolutely extraordinary. Every page stops you dead with insight and revelation. * James Hawes, bestselling author of The Shortest History of Germany * Aftermath is that rare thing, a history book that turns what you knew completely on its head. It is testament to Harald Jahner's achievement that Aftermath is a book that I will never forget * Dominic Sandbrook * For those who want to understand the Germans, Aftermath is essential reading. An engrossing study on all counts, Jahner's analysis of people's response to the Nazis' monstrous crimes and how perpetrators and victims merged into a new nation is especially compelling. Anyone with even the slightest interest in history and the human condition should read this book. * Julia Boyd, bestselling author of Travellers in the Third Reich * A fascinating account of a forgotten moment in Europe's history, of utter desperation leading to tentative hope. * Simon Jenkins, bestselling author of A Short History of England * A fiercely compelling book that brings vivid illumination to an era of twilight and brutal ruins. Harald Jahner beautifully explores the hinterland of human nature in all its shades * Sinclair McKay, bestselling author of Dresden: The Fire and the Darkness * Aftermath is a transfixing account and subtle analysis. A scrupulous investigation of the past, it reads, constantly, like a prelude to what is still unfolding. * Geoff Dyer, New Statesman (Books of the Year 2021) * Aftermath captures brilliantly the atmosphere of everyday life in the destroyed cities of divided postwar Germany * Financial Times (Best Books of 2021) * Many consider the years before 1945 to be the most crucial in understanding Germany and the Germans. Wait until you have read this book. * Norman Ohler, author of Blitzed: Drugs in the Third Reich * Harald Jahner's deeply researched, panoramic account of how Germany rebuilt and discovered itself from 1945-1955 is an eye-opening, thrilling read * Bernhard Schlink, bestselling author of The Reader * A magnificent overview of the astonishing decade in Germany that followed the defeat of Nazism * Daily Telegraph (Best Summer Reading) * Eye-opening and often moving... a sobering look at how societies rebuild * BBC History Magazine * [A] thoughtful narrative... filling the yawning gap on bookshop shelves between a growing number of modern German history texts and the oversupply of Nazi studies that end in Hitler's bunker * Irish Times * Aftermath takes in the immediate postwar years where Germany was administered by the Allies... Jahner excels * Giles MacDonogh, Financial Times * Fascinating... Books about Word War II continue to spill out by the ton, but there has been less attention paid to how Germans coped with the country's shameful Nazi past after the conflict was over * Irish Independent (Summer Reads) * Rarely has a non-fiction book so skilfully combined vividness, drama and eloquence. * From the Jury's reasoning for the Leipzig Book Fair Prize for Non-Fiction 2019 * Jahner's gripping 500-page X-ray-vision tale of an often overlooked and misperceived phase of German history reveals, like all great history books, as much about the first decade after the war as about today. * The German Times * Clearly written, full of empathy for everyday life, which is far too seldom taken into consideration... You devour it like a novel. * Welt am Sonntag * A popular work of non-fiction in the best sense. * Die Zeit * 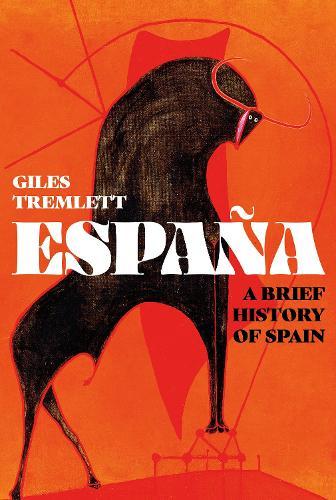 A Brief History of Spain 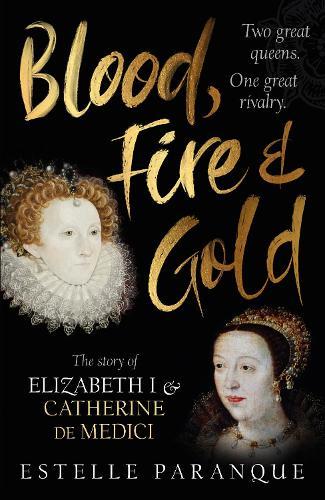 The story of Elizabeth I and Catherine... 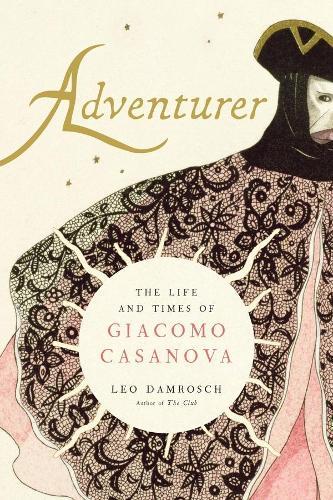 The Life and Times of Giacomo Casanova... 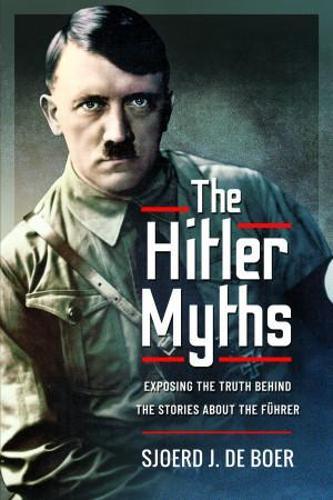 Exposing the Truth Behind the Stories... 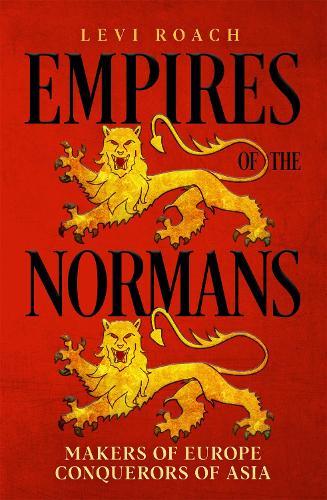 Empires of the Normans

Makers of Europe, Conquerors of... 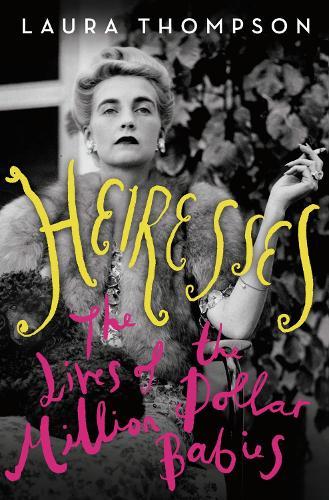